William Moneta was born in the village of Nogarzanka, the city of Buczacz (in Poland) in 1891. In 1910 William immigrated to Canada at the age of nineteen with his sister, Mrs. Kasper Zarowny (Rosie). For ten dollars he purchased a homestead on which he settled. The location was N.W. 18-56-6-W4. During the winter months he worked on his land, clearing bush and built a frame house. In the summer, with no available transportation, he would walk to Vermilion to work on the railway tracks.

In 1913 he married Mary Yewchin. At this time he had cleared enough land to sow a grain crop and vegetable garden. With his savings he purchased a team of oxen which helped improve his farming for four years. He sold the oxen and bought horses which he used till the early 1930's, when he purchased a tractor.

They had a family of six children. All births were at home, with Mary Gusnowski acting as a mid-wife. 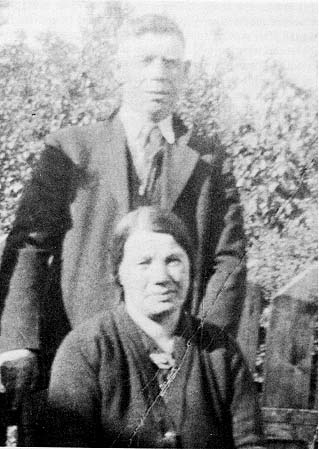 In 1941 William purchased a used Ford car from a dealer in St. Paul.

Paul enlisted and went to Camrose Army Training Camp in 1942. Joe enlisted in the armed forces and served two and a half years in Canada and sixteen months in Jamaica.

On July 24, 1948, Joe married Helen Gulayec, the daughter of Fred and Mary Gulayec. They moved to their own farm, which was two miles east of Elk Point.

Walter, being the youngest of the family, took over the home place and became an independent farmer. He married Francis Tomkow, the daughter of Stanley and Eva Tomkow, on June21, 1956.

My mother, at the age of eighty-one years young, has made the town of Elk Point her residence.