In the late summer and fall the debate on what the fate of the abandoned rail line began in earnest. News articles began to appear in local papers with increasingly polarized positions. The municipalities were being lobbied by all sides.

For its part RRTS did a phone fan out to St Paul and Elk Point residents asking them to talk to their MLA and county councillors, both of whom were meeting privately with opposition groups of adjacent landowners. After one week of these calls word came to us that the calls needed to stop as the councillors were being overwhelmed with phone calls from residents.  The debate had begun in interest. RRTS also began more scheduled events to attract more support. 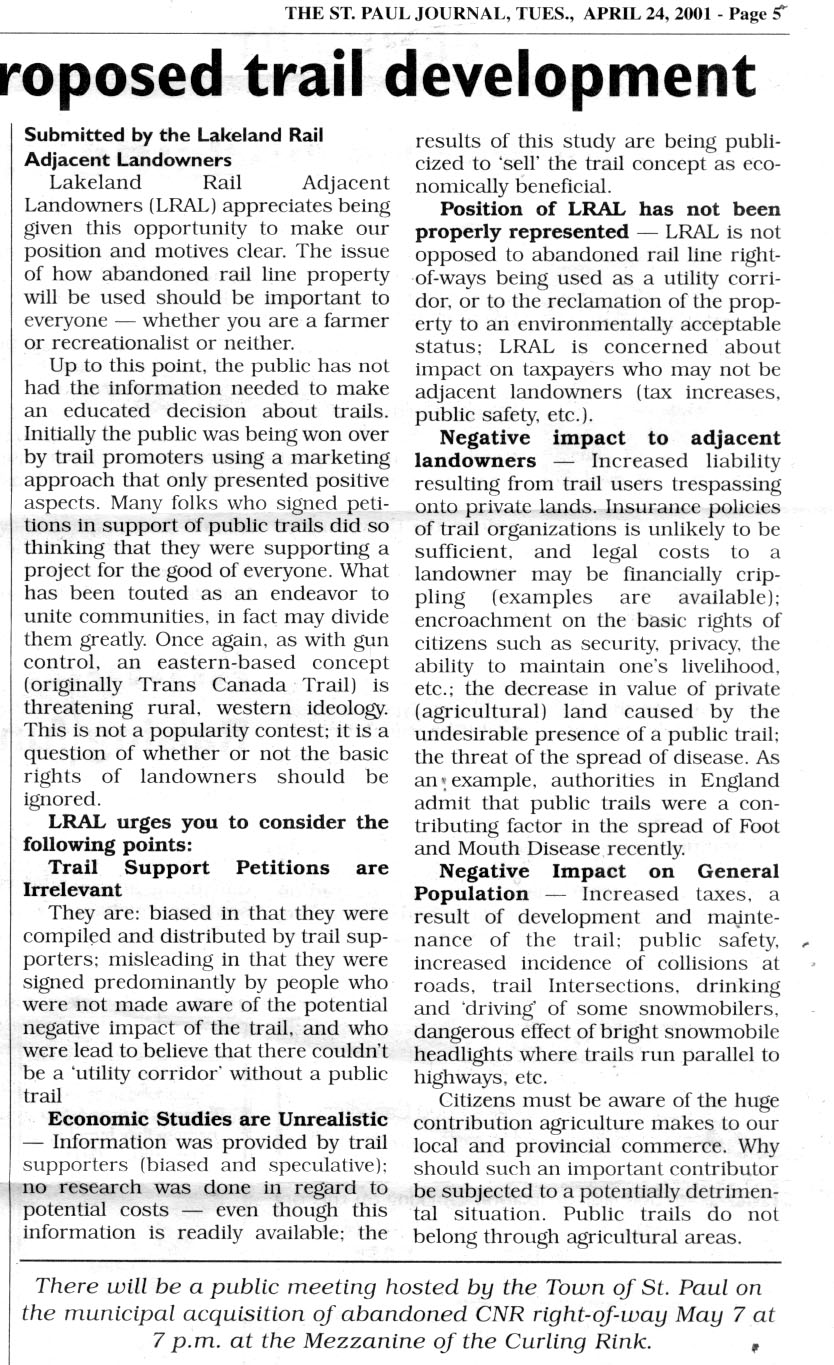 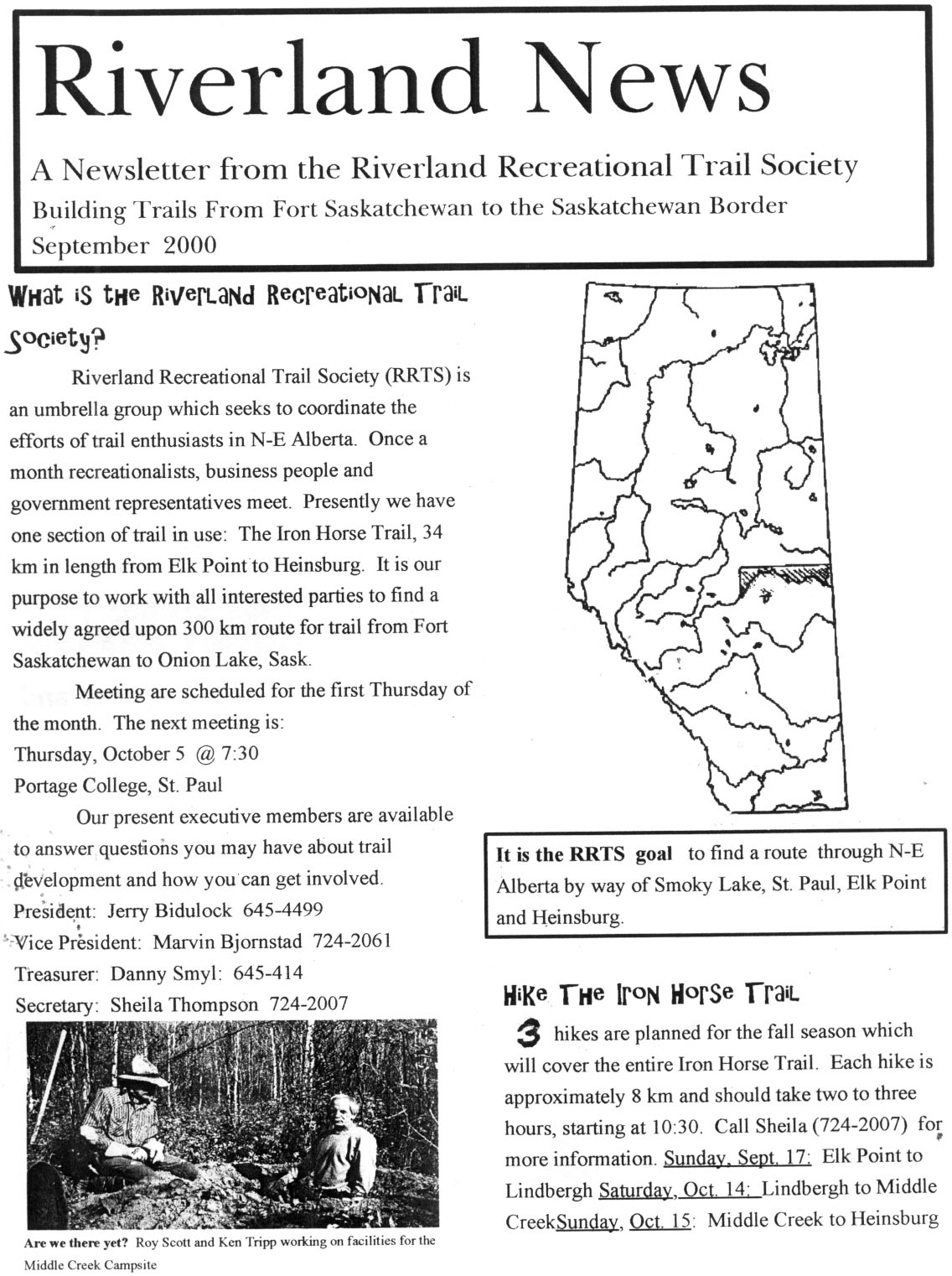 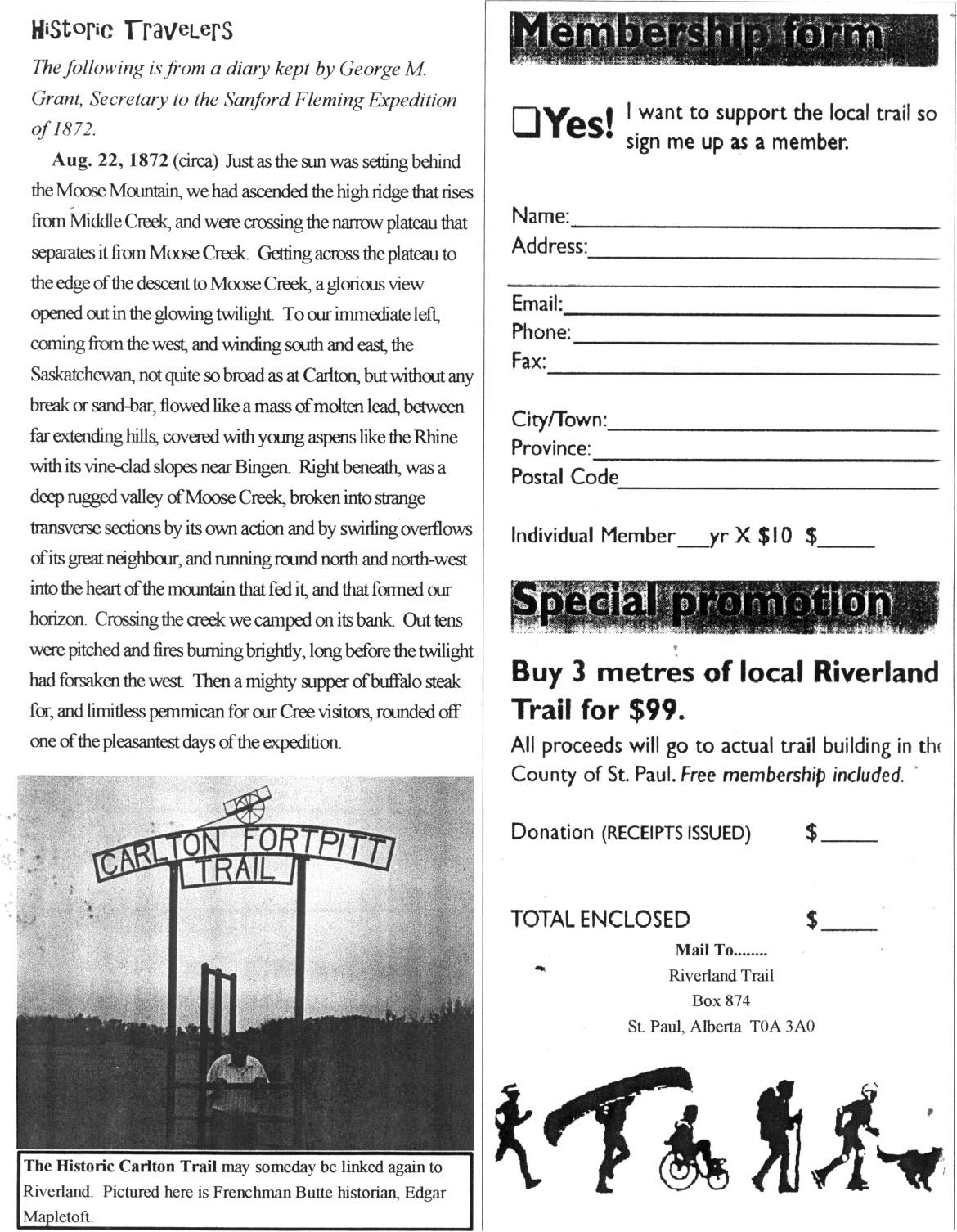 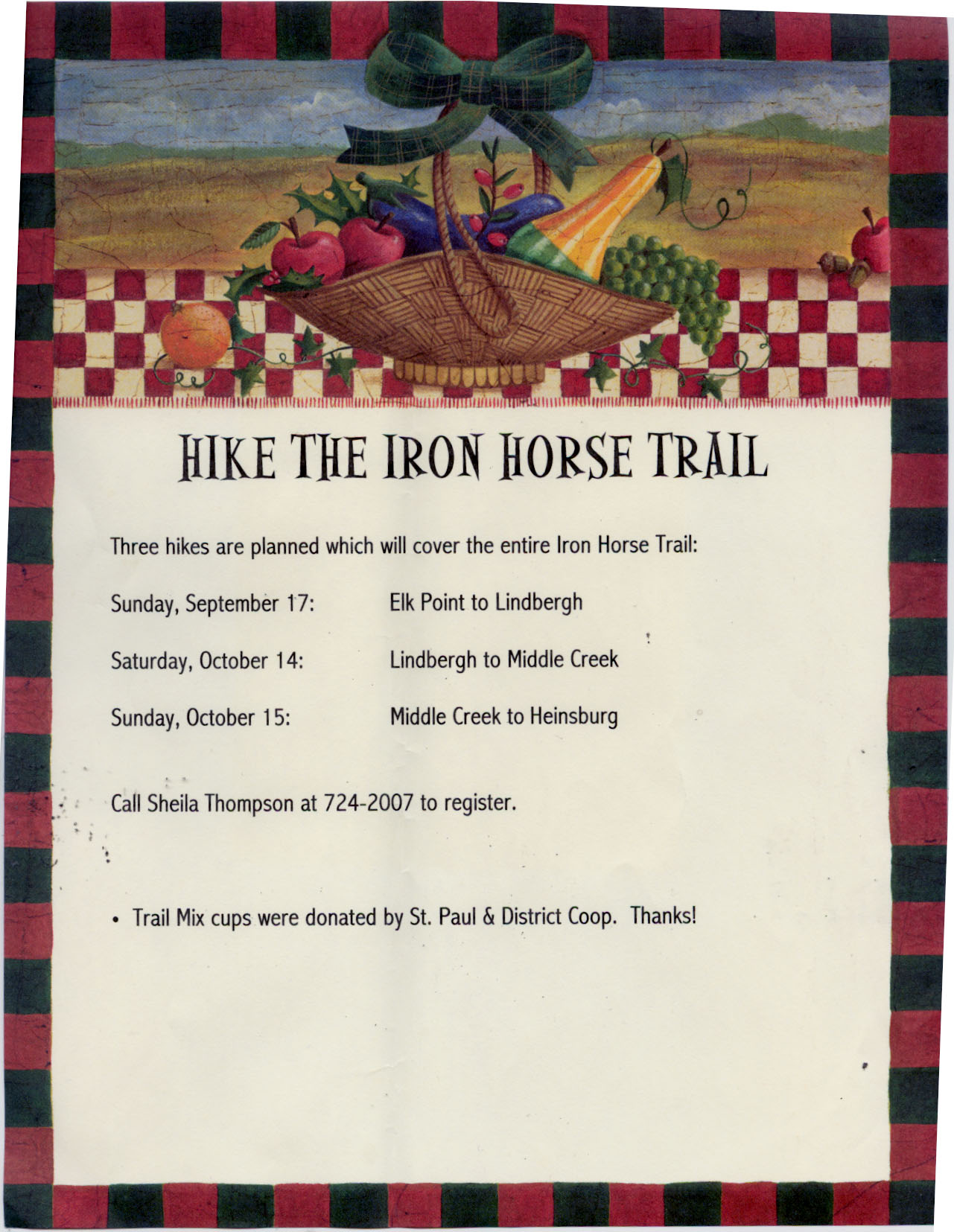 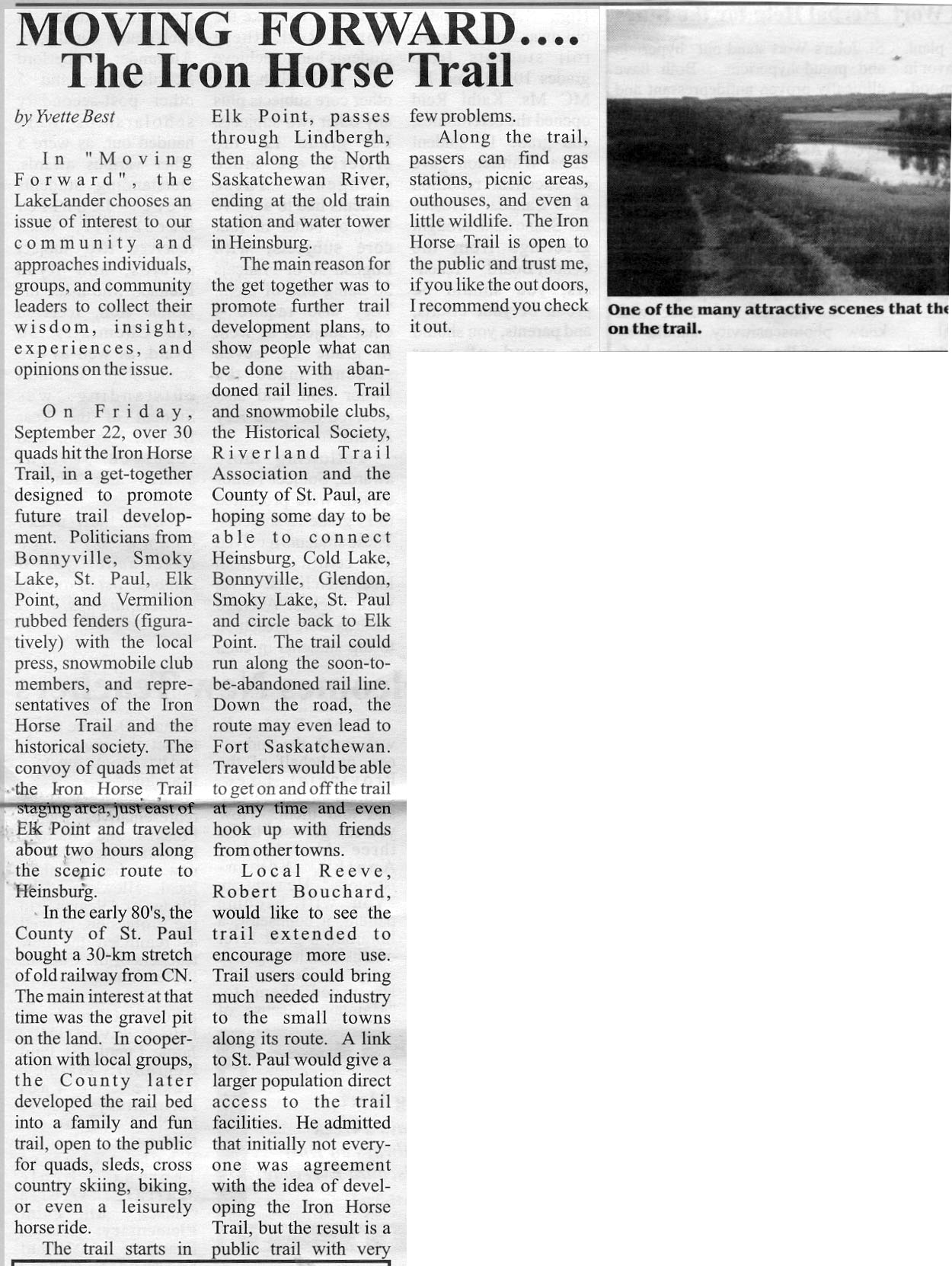 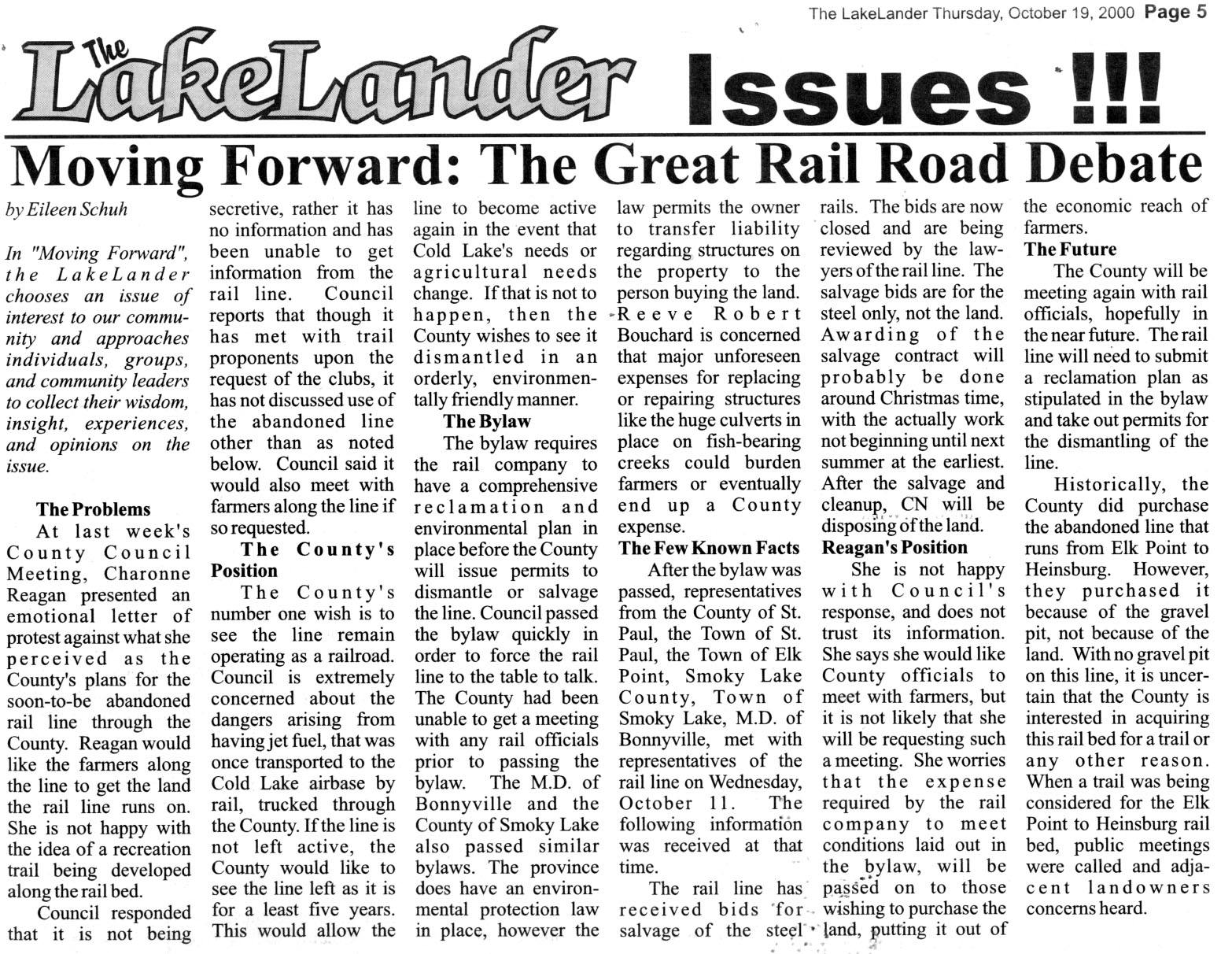 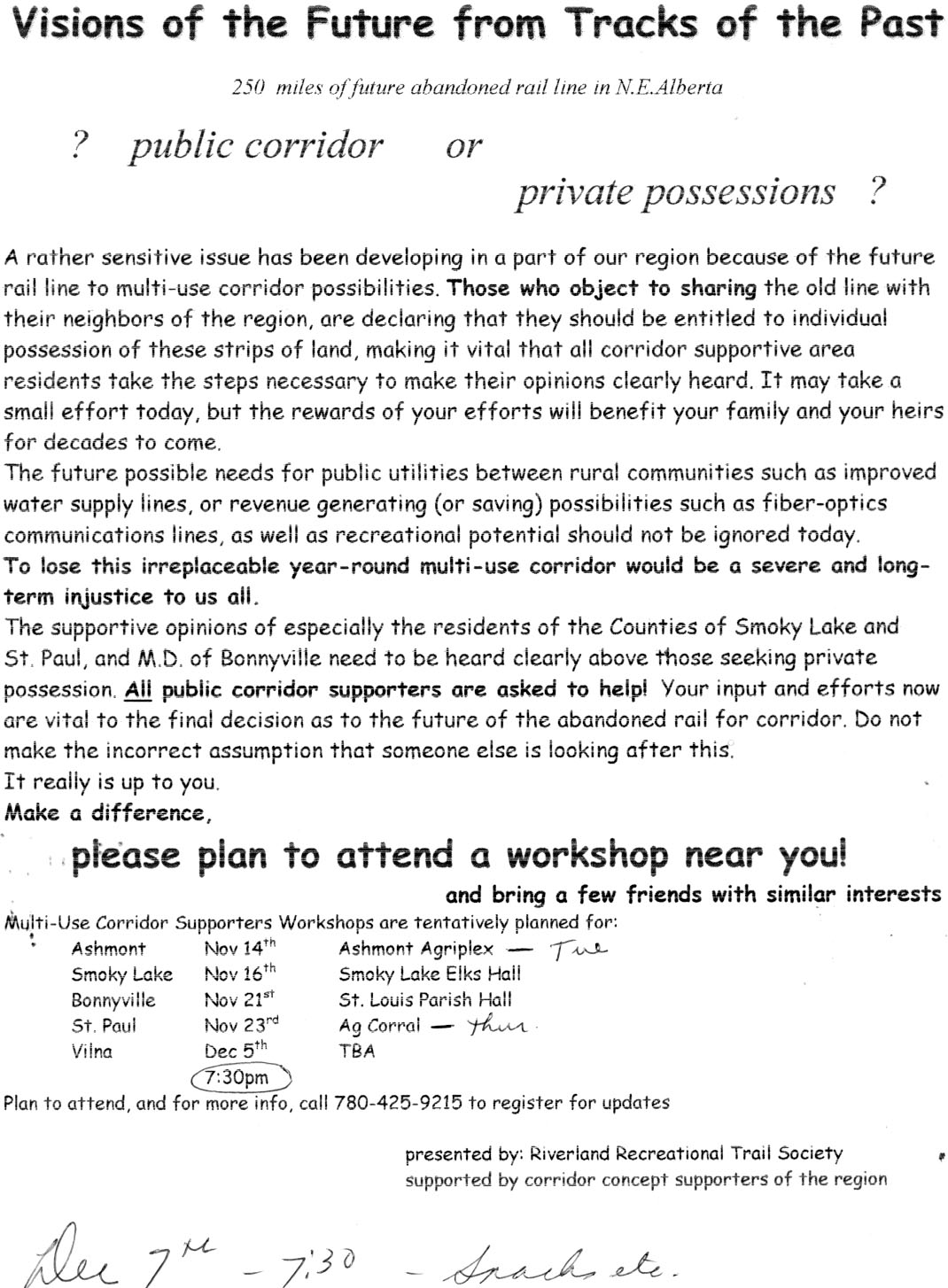