HEALTH IN THE ELK POINT AREA -- PAST AND PRESENT

About 1908 many settlers began coming from United States, eastern Canada and overseas to make new homes in the Elk Point district. Needless to say, it was difficult to reach doctors, and grandmother's home remedies were all these pioneers had to administer to their sick children for most minor ailments. Dr. F. Day Smith and Dr. Head-Patrick of Vermilion and Drs. Gagnon, Charlebois and J.P. DeCosse of St. Paul de Metis were the nearest doctors.

Confinement cases were usually attended by local midwives, of whom there were several very good ones available. Some of them were Mrs. Alex Borowsky of Angle Lake, Mrs. Heyd at Northern Valley, Mrs. J.B. Caskey at Elk Point, and, adjacent to Elk Point, Mrs. Axel Lundgren, Mrs. Tom Aarbo, Mrs. 3. Poole, Mrs. Jim Hitchcock. Mrs. Bill Mabley, and Mrs. Gus Dion, the wife of the Chief of the Kehewin Indian Re-serve, twelve miles north of Elk Point. Often other pioneer women were called upon to deliver babies when the need arose. Mrs. Jim Hitchcock, who lived five miles west of Elk Point, was a trained English midwife.

During the influenza epidemic of 1918-19, Mrs. J.B. Caskey turned her hotel into a hospital so that she, with help, could care for the sick. Dr. Wolfe, a medical missionary to China, while visiting her brother, William Wolfe, at Elk Point, rendered her services whenever needed.

In July, 1920, Elk Point and district were fortunate to have Dr. F.G. Miller start his practice here. He had been working with Dr. F. Day Smith in Vermilion. When he saw the great need of a doctor in this area, he decided to settle here. 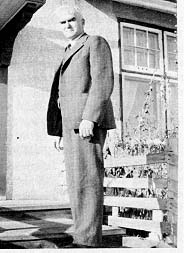 On many occasions during the next year, Dr. Miller received valuable help from the midwives mentioned. During the summer and fall of 1921, there were no hospital facilities available. Necessary operations were performed in the doctor's office or in the homes of the patients, usually on the kitchen table.

In November of that year, Mrs. Hitchcock fitted up a room in her home on N.E. 5-57-7-W4, for the accommodation of patients. This place saw much service during the ensuing year or two.

Dr. A.G. Ross joined Dr. Miller in July, 1922. In December, 1923, they established a hospital in Elk Point, directly in front of Dr. F.G. Miller's house. Mrs. Hitchcock acted as the nurse and, to begin with, as the entire staff 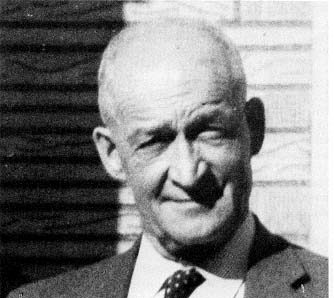