The fall of 2001 saw a non-binding question added to the ballot in many of the 10 municipalities that contained the recently abandoned railway cooridoor. There were many issues and points of view on the question and they got a thorough airing in the couple of months leading up to the October 15th vote. (The 9/11 crisis happened on September 11, 2001 but we were focused on winning an election ballot. We focused on PR, new releases, brochures, phone campaigns, raising money, and signage. 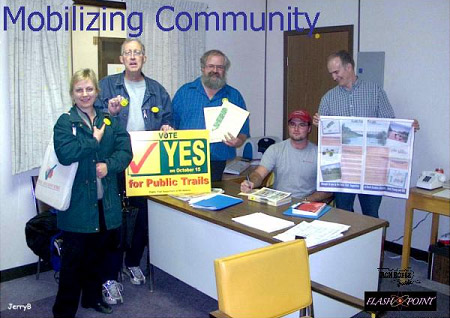 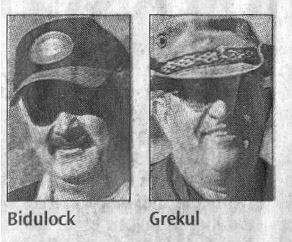 Some of our team out on the road Jerry Bidulock and Marshal Grekul Edm. Journal Oct 13 P A10 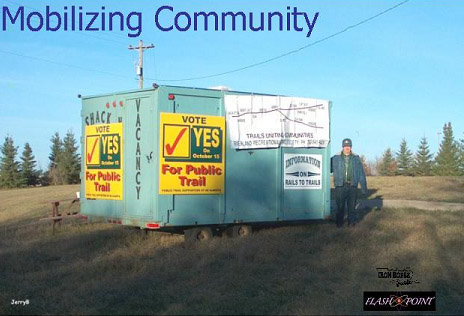