The entire year of 2001 saw many heated discussions and a lot of organizing of various factions to make decisions related to the extension of the Iron Horse Trail (IHT). The IHT was in operation from Elk Point to Heinsburg and considerable discussions with muncipcal officials in all areas led to meetings in all communities. Phone campaigns, presentations and open houses did not seem to end the discussions but lots of interest was generated in the final resolution and more people joined the debate. Some of the municiapalities put the issues on the ballot in the fall municipal elections and the campaign began in earnest in the fall of 2001.

Meanwhile the IHT was in operation and changes were taking place and people were using it.

Attached are some presentation materials used with various groups. Other pages will have the election news articles and results. 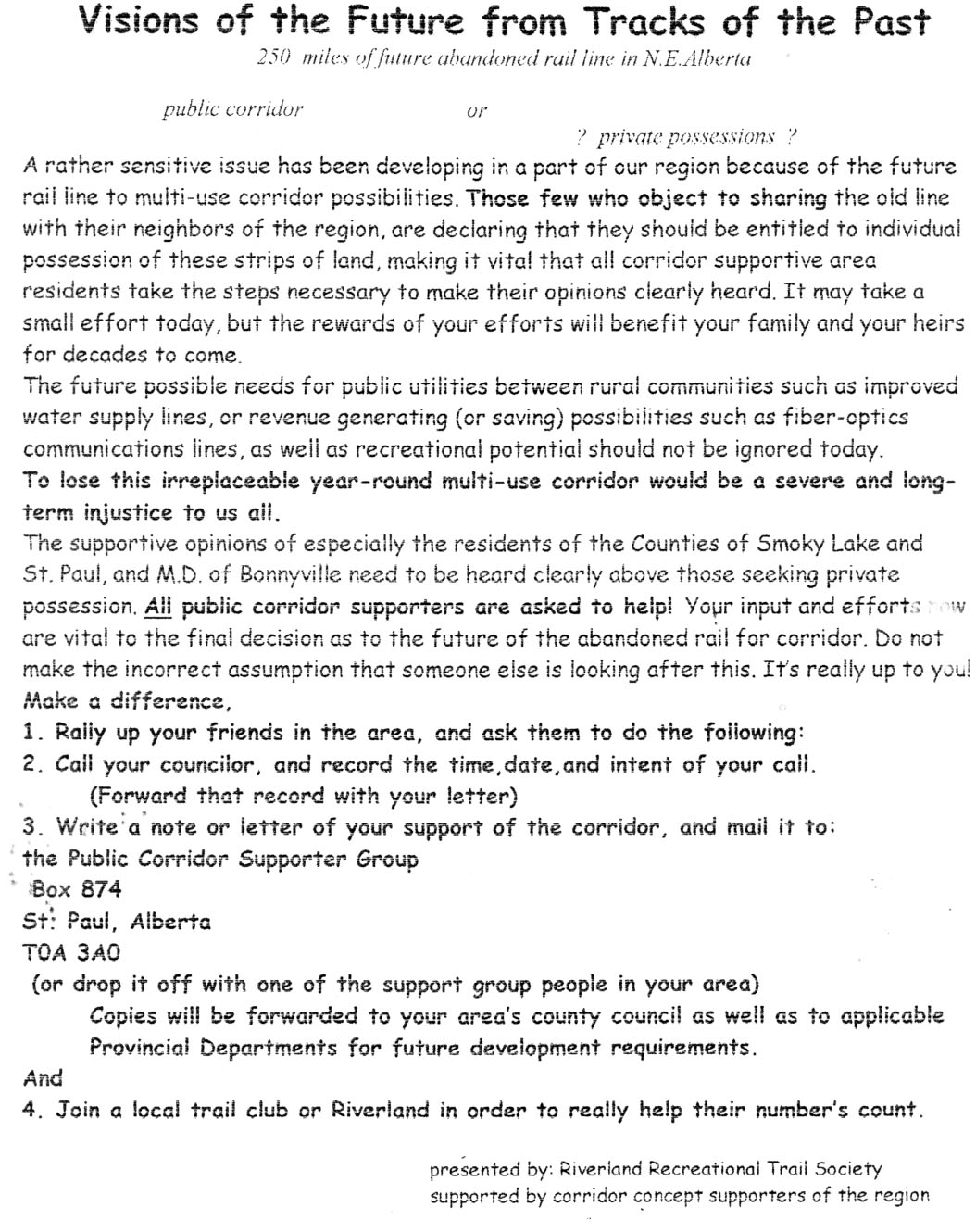 The attachement A Cold Lake Feature was first used with the Cold Lake Chamber and later for other gatherings.

The attachment Alberta Snowmobile Show was used for presentations to show what other provinces were doing to promote winter tourism.

The attachment Spring Waggon Trek  2001 was used to show The Iron Horse Trail in operation and people enjoying being on trails.