History of the Iron Horse Trail

Often people ask how did the Iron Horse Trail start? Why are things on the trail the way they are today? 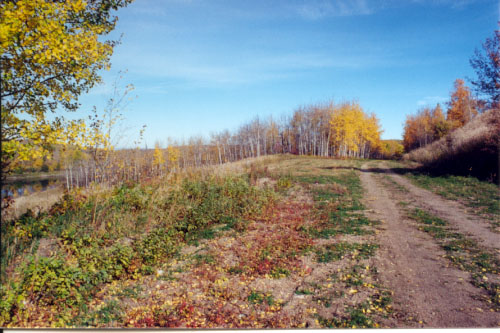 History of the Iron Horse Trail

The Iron Horse Trail is a long story of an enthusiastic band of trail builders,  who convinced the often doubting politicians, local residents and some administrators that a trail could work to the local residents advantage without too much friction between trail users and those who lived near the trail. There were plenty of justifiable fears in the beginning on both sides and the fierce debate led both sides into more passionate argument and, in the end, the public was convinced to give it a try (albeit by a narrow vote).

The years since the start of the discussion have seen a great deal of work done. Some of it was done at the political level. Most of it was done by a hard-working group of enthusiasts who raised money, generated publicity, and got the job done, year in and year out. They won over some of the skeptics and found ways to solve problems. In the beginning we said it was just a dirt path through the landscape but with a lot of energy and cooperation it became more than that.

It started considerable local tourism, built a recreation corridor very seldom seen, and allowed users and municipal officials to work together to build something only dreamed about in the beginning. As we finish our 7th water pipeline and look at all the infrastructure, knowledge and assets built and maintained over the past 20 odd years we know our labors will not ever be over. The trail is an ongoing project.

But the Iron Horse Trail project is so vast, it needs a little help reminding us of the gains, the sweat, and the accomplishments.

This site is for all those volunteer and other participants who took part in the large and incomplete passion of a whole region. We will add more to the site as we get information. Some parts are more complete than others, but we will grow this site over time. The Elk Point Historical Society hopes you 'Enjoy the Memories!'

1980    CN rail service between Elk Point & Heinsburg, Alberta was discontinued.  The rails were taken up and people began using the corridor as an informal trail.  Parts of this corridor were on the historic Carlton Trail, which was used to explore Western Canada from the 1700s onward.

1993    CN sold the corridor to the County of St. Paul.  The county was initially interested in a lucrative gravel pit included in the deal.   Trail users lobbied to have the corridor deemed a public trail and have since that time operated it on an informal basis,

In this section we are going to provide a brief written history for each year supplemented by photos, maps and some documents that will allow the reader to follow the progression of the trail to the present day.