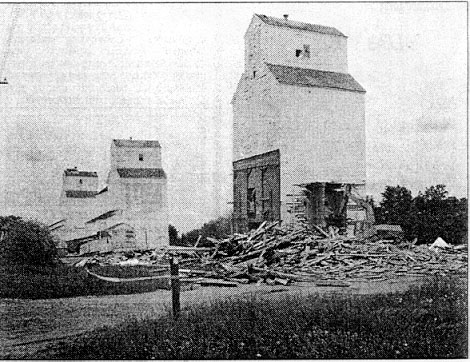 Over she goes the center elevator tips earthward as the demolition continues.

The annex at right was demolished later, and fell toward Railway Avenue, leaving the trio of elevators like a tornado had swept through town.

AFTER THE DUST HAD CLEARED, the remains of the elevator lay tumbled along the railroad track,

as the track-hoe moved along to its next victim down the line. 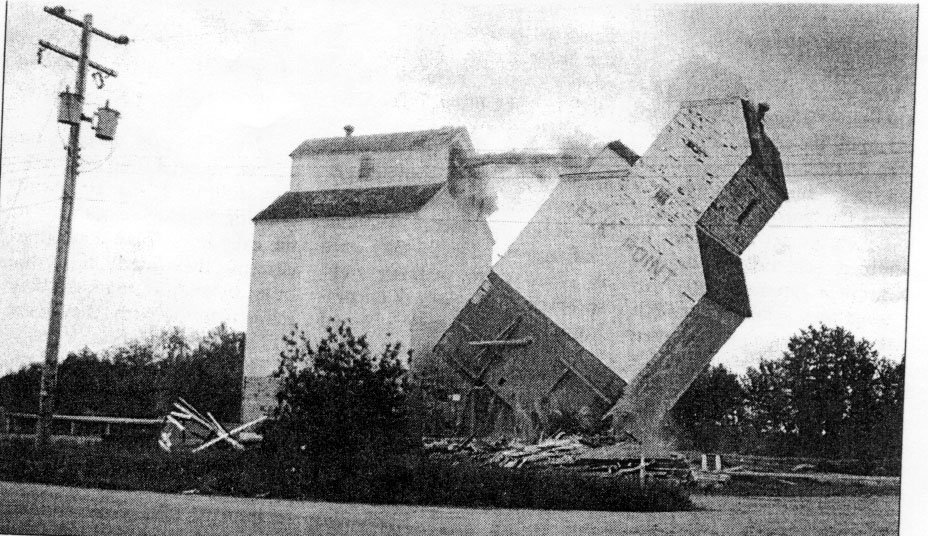 ANOTHER BIG BITE-The track-hoe gnaws away the lower portions of the first elevator to be demolished,

while the others in the background await their turn. A surprising amount of the bottom portion