HORSE POWER AND STEAM POWER played a major role on the farms of yesterday.

Early settlers on their way to Elk Point about 1912. 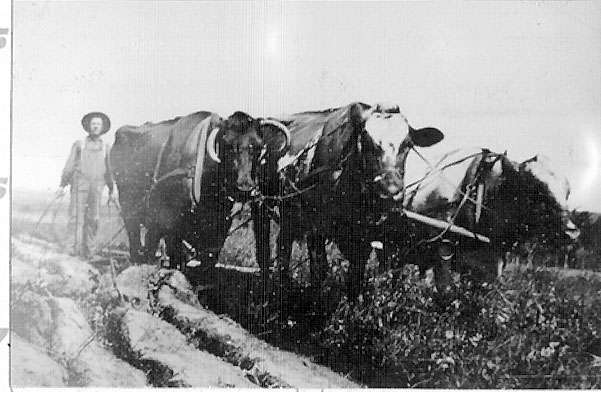 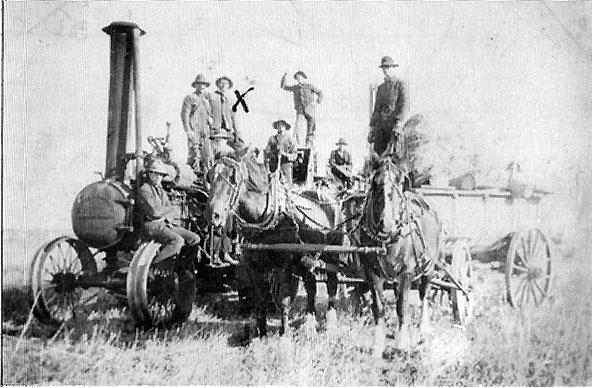 An early steam engine and crew from 1910. 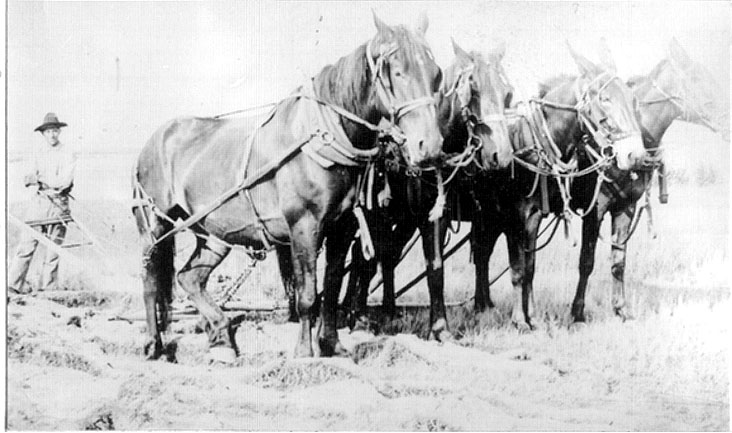 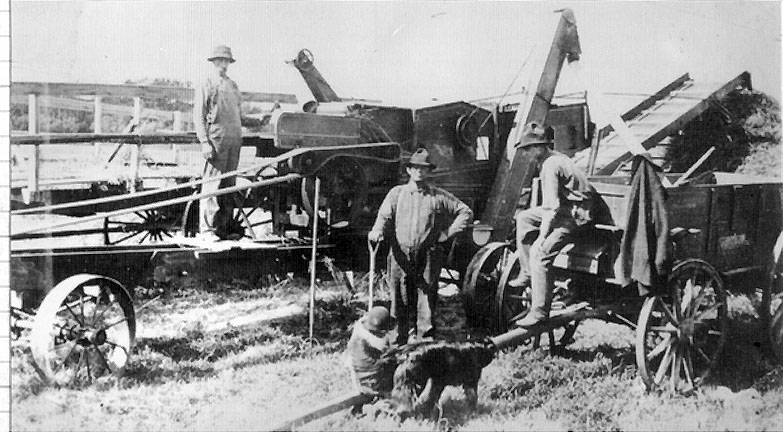