About my first recollection of Elk Point was in 1926 when our parents, Mr. and Mrs. O.S. Howe loaded us into a Model-T Ford in St. Paul where we then lived and took us to visit some friends in that area.

With five children the trail was long, but so were the summer days. We witnessed the contractors building the railroad grade (with horses) along the "Dog Rump Creek" and Sand Plains (Kietges) areas. The countryside was interesting as was the hamlet of Elk Point, named by an American after a town in South Dakota, our mother's birth state.

The following spring the decision was made to move to the original Magnusson homestead three miles east of Elk Point where we lived for the next ten years.

Our Dad had a well drilling machine that he worked throughout the country into such areas as Lake Eliza, Lindbergh, Indian Reserves and as far south as Marwayne, as well as closer to home. This was a hazardous and most of the time, a wet and cold occupation because water was used in the drilling process.

Our parents knowledge and experience in the field of music certainly added two other means of improving our livelihood. Mother, wherever she lived, always had piano students, and the other means was the "Howe's Orchestra" which they held together. Personalities that assisted in making this possible from time to time were Augie Bartling on the violin, Cohn Beswick and Emile Anderson on banjo and guitar, and even Bill Bartling on the flute. At twelve years of age I started playing the violin with them. When Dad was unable to be there, Olive and Ivan assisted on the drums. Dances were a most popular form of entertainment in those days in many places such as Armistice, Spring Park, Angle Lake, Arnott's Hall, Flat Lake and even Two Hills and Myrnam. The rates of pay ranged from $3.00 to $5.00 or $8.00 each depending upon the distance travelled. Commuting back and forth those days with horses in winter and cars of the Model 'A' Ford vintage was really something to remember. 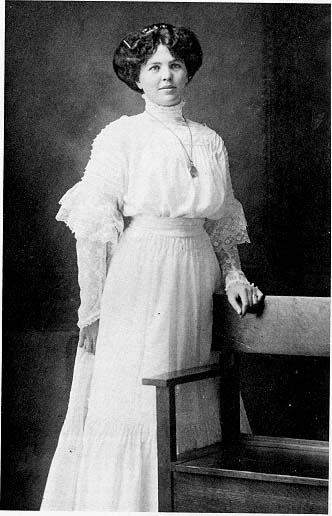 As was mentioned earlier, our Mother's music pupils were always something to be proud of, and of great necessity in more ways than one. There were very few Saturdays that she missed going to town for that purpose and going to such homes as the Mardstad's, Lorentzen's,Wright's, Johnson's and many others too numerous to mention. For a few years we lived near Muriel siding where she caught the westbound train on Saturdays and I remember one of us used to be outside on cold winter mornings to listen for the "Toot-Toot" of the CNR from our house; then we knew she hadn't missed her train. 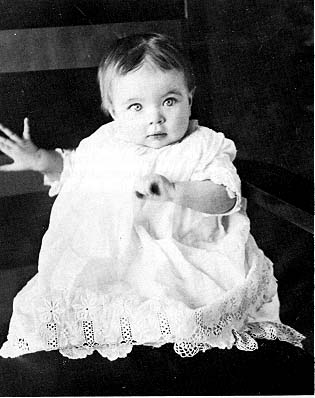 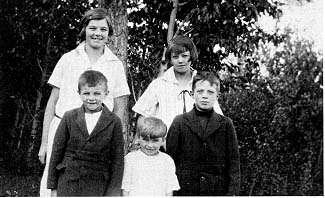 After a long illness, Dad passed away in the University Hospital in 1938, and the following year we bought a house in Elk Point in order to be closer to school etc. Also because Valle' and Olive were long since married and gone, and Ivan and myself were often away working and gone most of the time.

Mother was approached by the Provincial Secretary Treasurer to set up a Social Credit Treasury Agency in her home. This would provide services such as registrations, license plates, drivers' licences or other business pertaining to the needs of the community. The meagre sums often to twenty-five cents for these various services, plus a small amount for rent for her house, would certainly not be comparable to present day standards. However, a large area from Heinsburg/ Northern Valley line on the east to Gratz Post Office/Edwardville on the west created a substantial volume of business.

In 1941 our youngest sister, Lavina, finished school an moved away. Mother, undaunted by the turn of events ar times, reverted to her former profession of 1911 in Saskatchewan, teaching school. She moved to Fort Vermilion area where she taught at Little Red River, 200 miles down the Peace River by boat from the town of Peace River. Among her students for the next four years were some of her grandchildren, which no doubt helped her to endure the isolation from fall until spring. There were no complaints, however except when Ivan was on his overseas furlough leave during winter, and she thought it would have been nice to get out for a visit.

For the next ten years, summer schools and teaching was the order of the day. Among the school districts she taught in until retirement were Peace River, St. Paul and Bonnyville in such schools as Three Creeks, Flat Lake, Muriel and Ard- more.

On retirement she travelled to visit relatives and friends in Ontario, British Columbia, and California, but insisted making Elk Point her home until her passing on 30 October 1969.

The Rural Route column of the Edmonton Journal November 1969 rightfully recognized Clara Alberta Howe for her endeavours, achievements and services to Elk Point a northern Alberta. 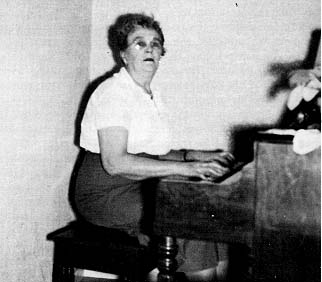