Mr. and Mrs. Herman Sand were married in Norway in 1906. A daughter, Anna, was born there. In 1912 the family immigrated to Canada from Hallingilal, Norway, and made their home in the Amisk Creek district. In 1914 they settled on a homestead in the Elk Point district. A son, Erling, was born here in March, 1914.

Mr. and Mrs. Sand resided here until 1950, when they moved back to the Amisk Creek district and made their home with Erling. Mr. Sand had served on local School Boards and on the Elk Point Municipal Hospital Board for many years.

Anna now lives in Victoria, B.C , and has five children. Erling lives in Camrose and has six children. 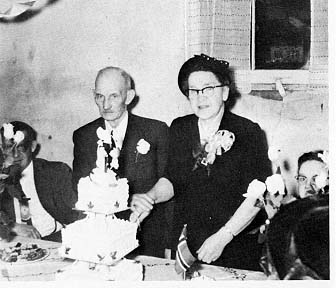 Herman and Elise Sand at their Golden Wedding, 1956. 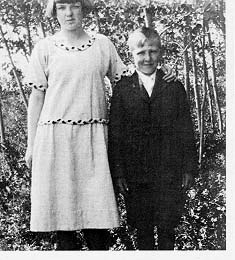 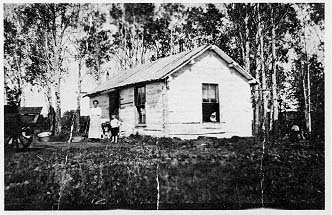 Elise and son Erling in front of home built in 1913. 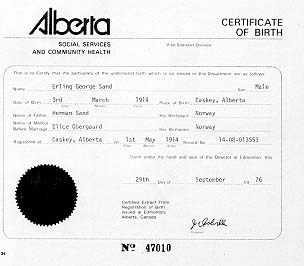