Upon their return to Iowa in late fall they began to make preparation to ship north in the spring. This preparation and discussion inspired three other families: Caskeys, Lambrights, and Maxwells, to make the move with them. 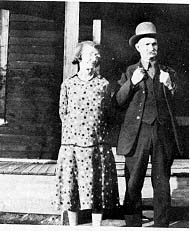 The four families shipped out of Greenfield, Iowa in emigrant cars in the spring of 1907 and were thirty days en route to Vegreville, Alberta.

Harry and Fred Smith filed on the S l/2-30-56-6-W4. The youngest son, Harold, filed on a homestead in Shamrock Valley as soon as he was old enough.

Ed Smith, the oldest son married Helen Roth. They raised three children: Mary, married and living in Bonnyville; Edward, still living on his father's homestead and working in a body shop in St. Paul; and Harry, now working in construction in Edmonton. 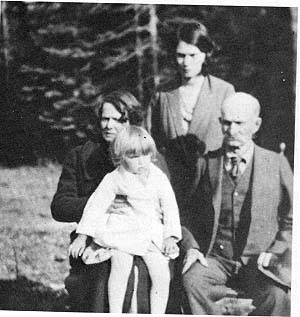 Fred Smith married Edna Forss and they raised four children. Geraldine, the oldest is working near Prince George, B.C.; Fred Jr. is with a mortgage company in Edmonton; Dwayne is a millwright working for Plateau Mills at Vanderhoof B.C.; Thelma lives at Port Radium on Great Bear Lake where her husband is manager of Echo Bay Mines.

Harry, the third son, never married. He lived all his life in the Elk Point district and rendered a valuable service as a veterinarian until his death.

Court's only daughter, Mary, married Ed Boyd who was an early telegraph operator in the district. He later continued this work at Rife. They raised ten children.

Fred Smith, the only living member of the family Court brought to Elk Point with him, is now ninety-three years old. He is with his son Dwayne in Vanderhoof.