Below are some of the many fur trade artifacts found in the Elk Point district during the 1950s and early 1960s.

The Hudson's Bay axes, hinges and various tools were found at the Fort George site many years ago, as were the large copper kettle, long handled frying pan and copper tea kettle.

At that time there were no heritage laws to prevent one from digging near historical sites. All you had to do was to get the landowner's premission.

In 1976 the Alberta Heritage Laws were passed, making it illegal to disturb Historical Sites. The pictured artifacts, as well as hundreds of other relies of the fur trade era can be seen at the Pioneer Museum, Elk Point. 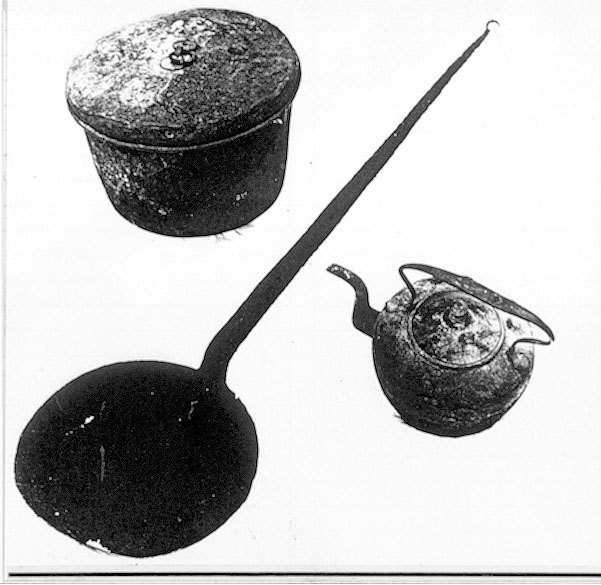 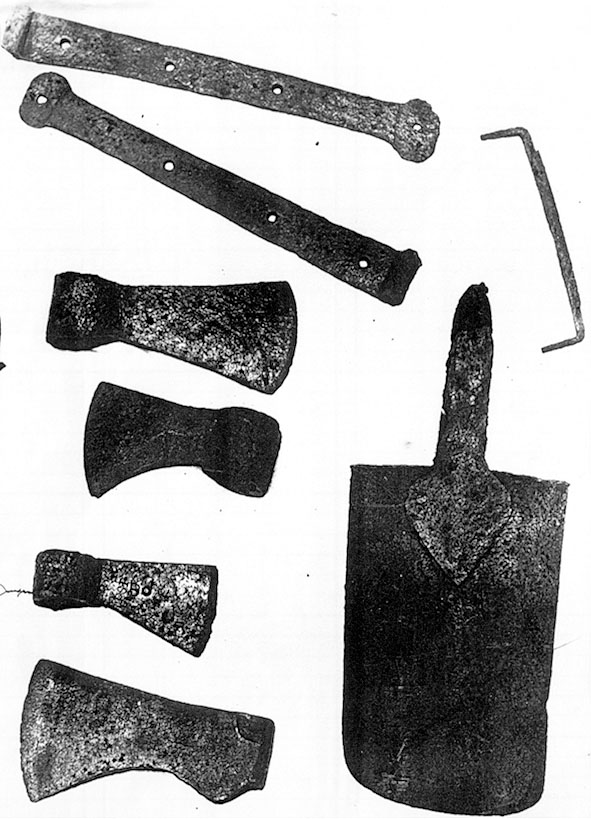