Most of the photonegatives in this series are of unknown locations, and may include several pictures taken in Alberta. One negative, taken by Bishop Reeve, features the Days at Athabasca Landing, Alberta, apparently embarking on their journey to Fort Simpson. The series consists primarily of images of people; many identified, including Jessie and Willie McSwain and Alan Hardisty, a catechist. Images also depict paying treaty, a trading tent, and a Dane camp. Three were taken by H.W. Jones. 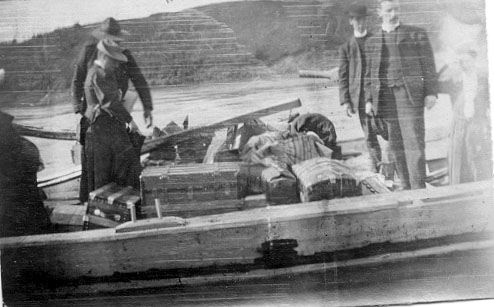 0021    The scows leaving Athabasca Ld. [Landing], July 27th/07. The [French?] Lady, the Police-man looking for fire water, Mr. Vale [teacher at Hay River?) and ourselves (the Days].  The long poles are oars.  The one at the back of Harry is the sweep. Taken by Bishop Reeve. 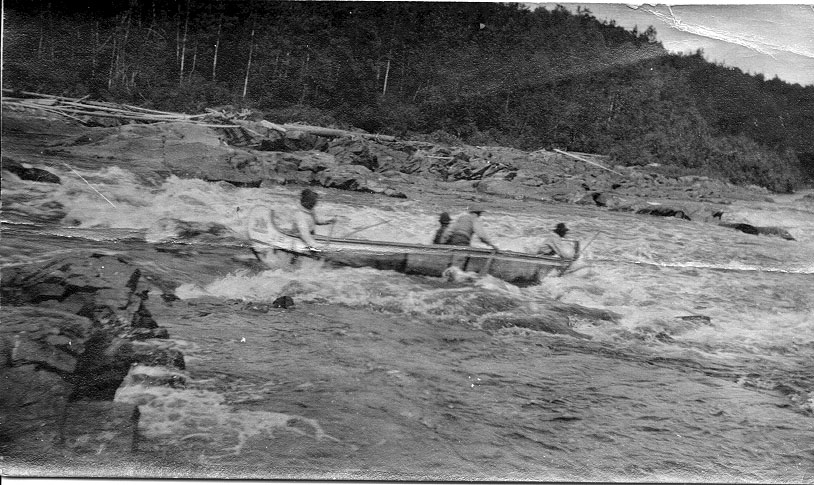 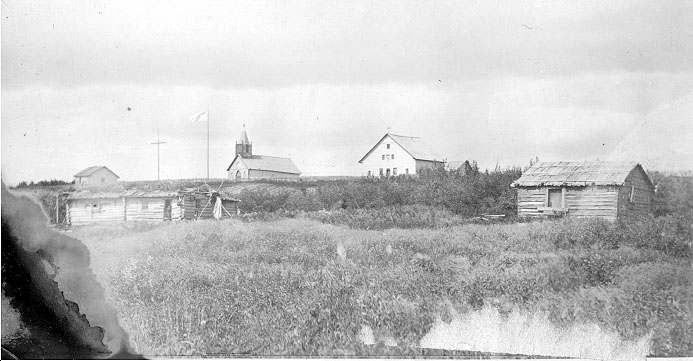 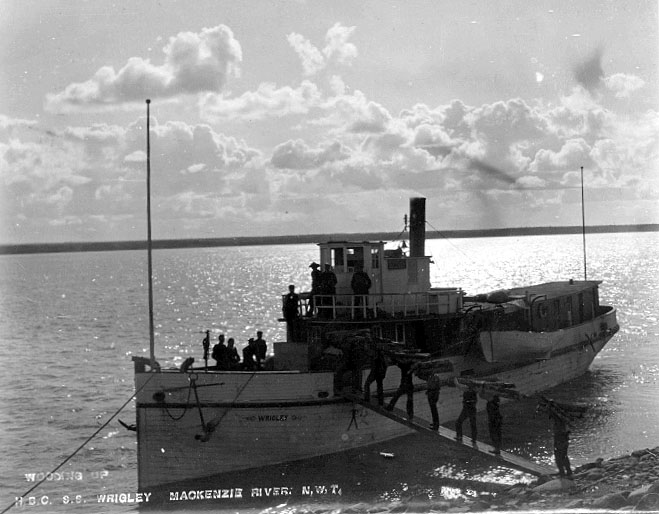 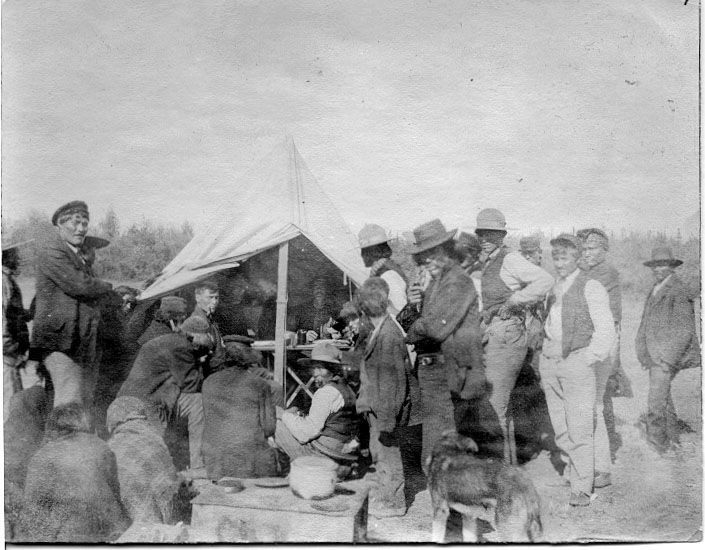 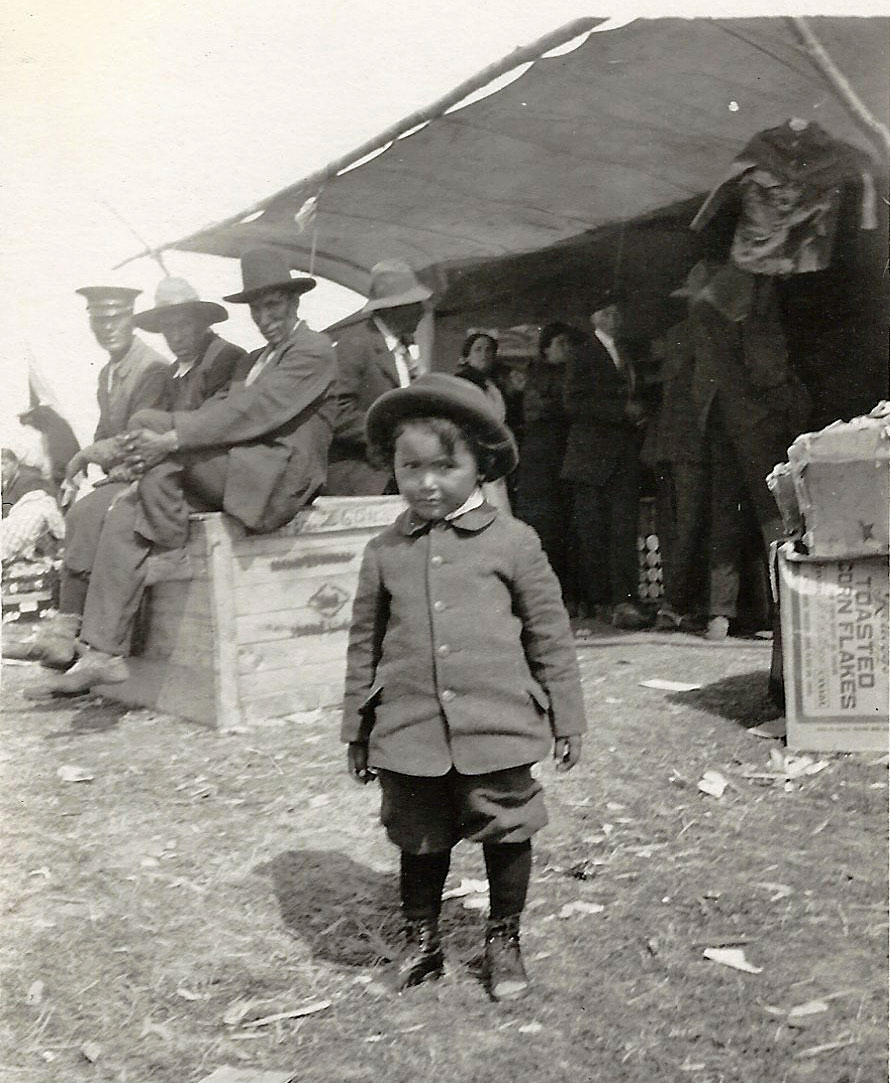 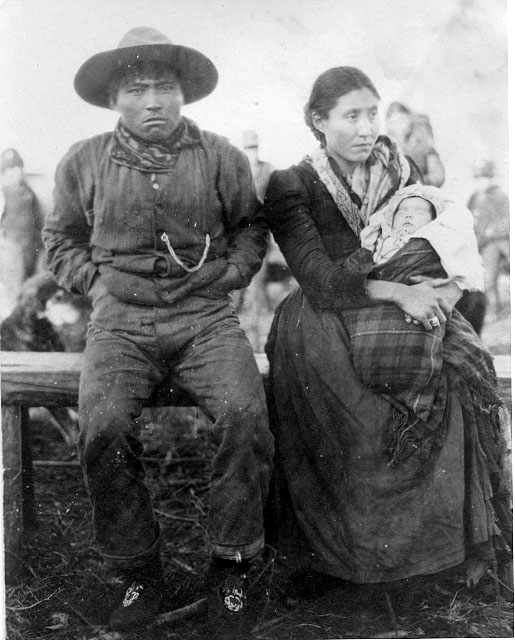 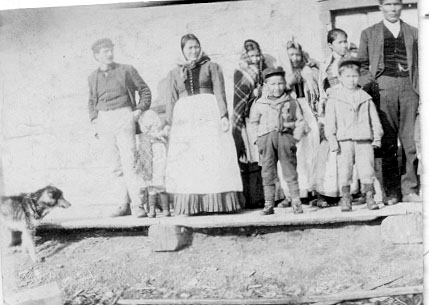 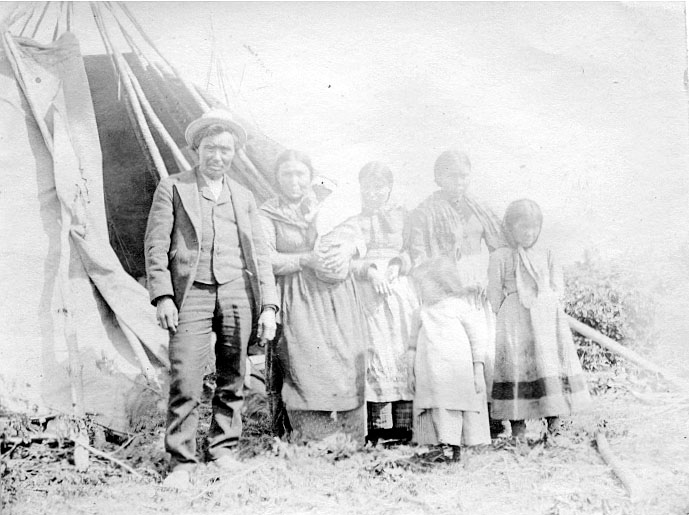 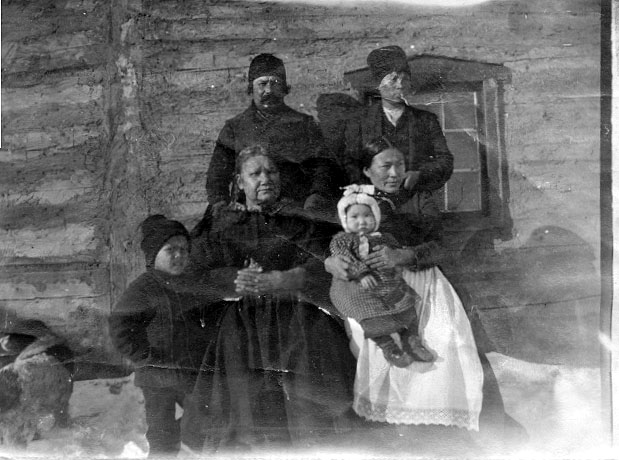 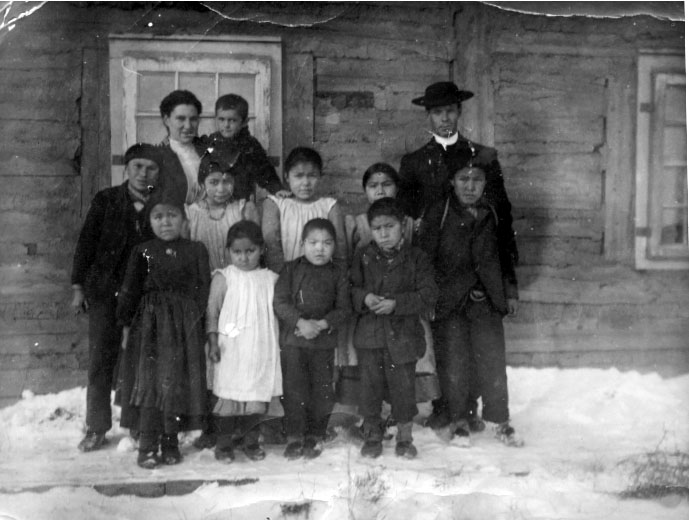 The identifications are:] [Back row] School Marm, Harry, The Preacher who [illegible] the gum, etc. 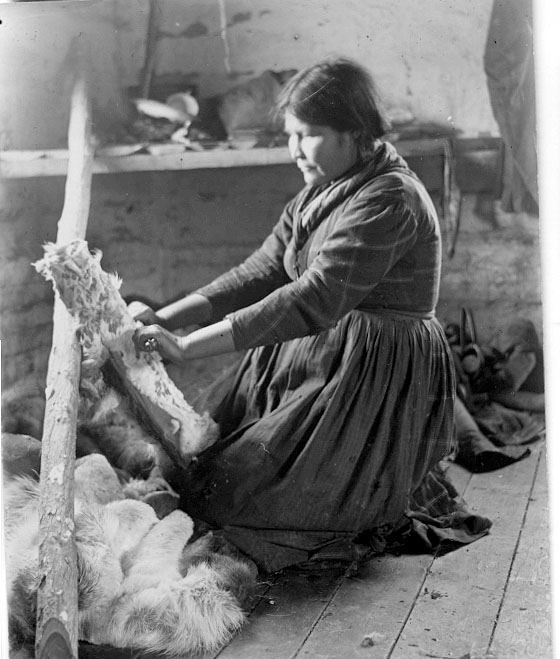 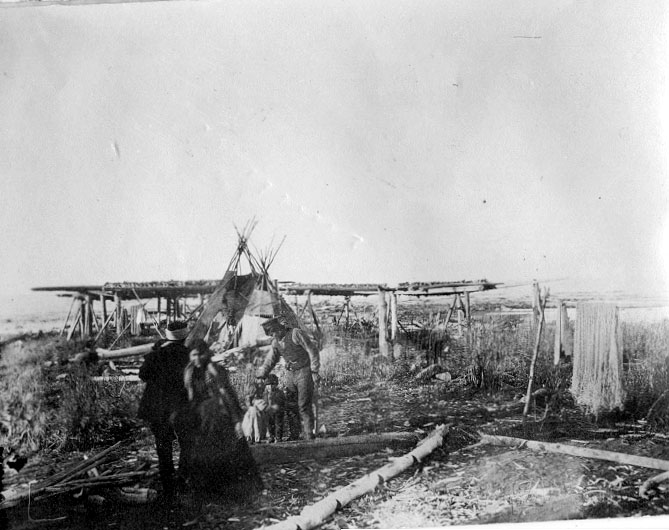 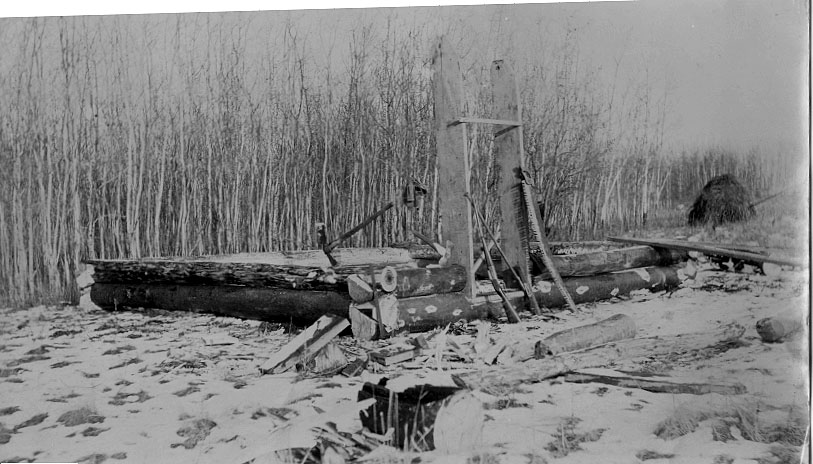 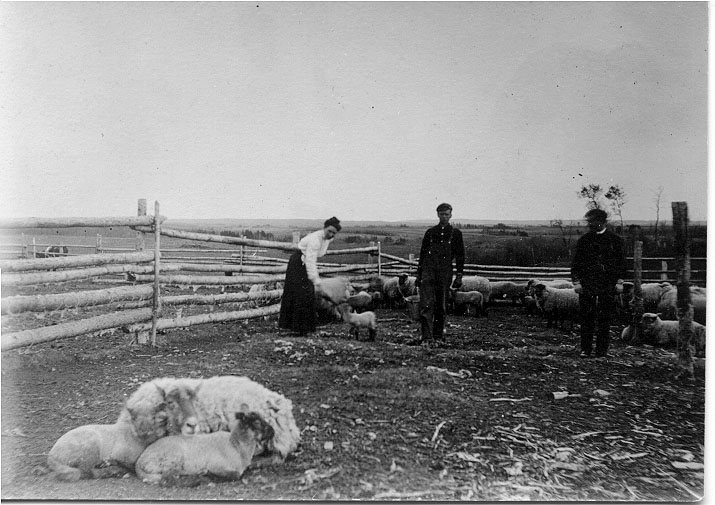 [Three people in the yard with sheep.]