Charlie Magnusson farmed near Knox, North Dakota, in the wide open spaces, but he liked trees and tall green grass. In the spring of 1909 he, his wife Elizabeth, and their family of Myrtha, Edward, Theodore, Emma and Lawrence, shipped their settlers effects to Vermilion, then came by wagon and sleigh to their homestead two miles east and a half mile north of the present village of Elk Point.

After the family moved to Alberta, three more children were born -- Clifton, Vernon and Alberta.

Along with his farming operations in which he was helped by his family, Charlie was for many years ferryman at the Elk Point ferry. He was known and respected for his good service as one who would get a traveller across the river safe and sound even against great odds in the spring and fall when the ice was running. During spring floods every crossing was exciting, to say the least.

When the Magnussons moved to Alberta, they were accompanied by Helge Hesselgren and Henry Jacobson. They both homesteaded land near Elk Point. Both are now dead. 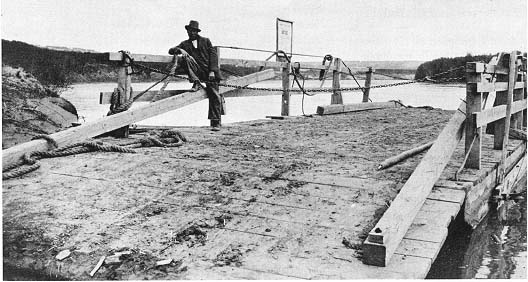 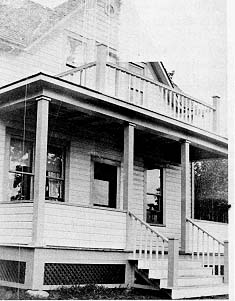 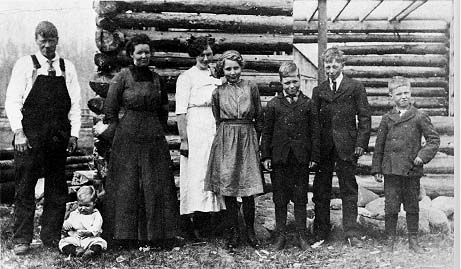 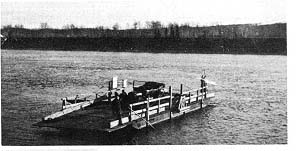 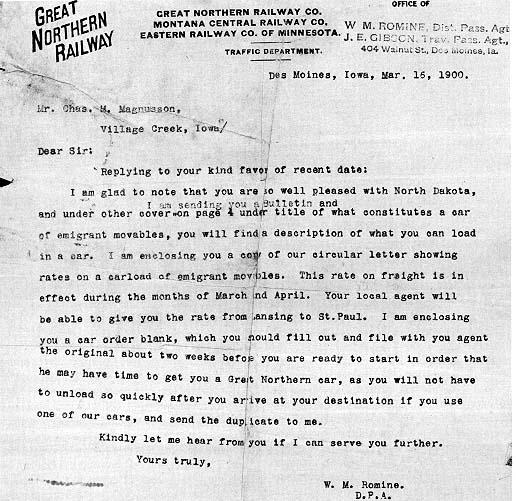 Cable tower and approach to ferry, north side of river. As a safety precaution, all ferry passengers (except the driver of the vehicle) were asked to board the ferry on foot.