April 2, 1994 marks the 109th anniversary of the event commonly known as the Frog Lake Massacre of 1885, an uprising which was part of the Northwest Rebellion. The large historical portrait shows some of the natives who took part in the events of that tragic day and that period. They were being escorted to North Battleford to stand trial for their part in the uprising. 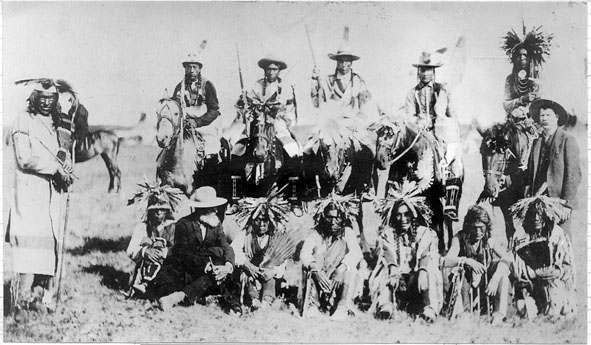 Some of those pictured were Wandering Spirit, Miserable Man, Walking the Sky, Apischikoos and Napaise. 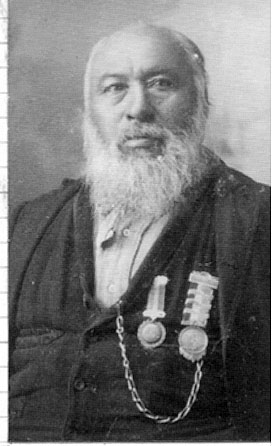 The smaller photo shows Gabriel Dumont, who was one of the most famous of the early Metis people. During the Northwest Rebellion, he was very loyal to Metis leader Louis Riel. Dumont was placed in charge of the fighting forces of the Metis during the Rebellion. After the Rebellion ended, he escaped retribution by fleeing to North Dakota. In 1906 he was granted a full pardon by the Canadian government and later returned to Canada where he spent his remaining days among his people. These two historical portraits are on display in the museum in Elk Point.