By GORDON AALBORG And ART ROBINSON
Of The Edmonton Journal (1967) May 31
ELK POINT â The Alberta team came within half a second of winning the sprint here Wednesday in the Centennial Voyageur Canoe Pageant.
The team registered a time of nine minutes, 11.5 seconds to lose first place to B.C., which had a time of 9:11:00.
Manitoba, leaders of the pageant, had a time of 9:17 to take third spot. Alberta gained 5.5 seconds on Manitoba during the sprint. The teams took 5:47:30 to get from Two Hills to Elk Point.
They were met by thousands of bystanders from throughout the district, who blanketed the riverside for the arrival of the canoes. Weather conditions for this leg of the 3,283-mile pageant were excellent, with moderate temperatures, no rain and no significant winds.
Visitors to Elk Point saw a first-class gymkhana east of Elk Point before the canoes arrived, then went to a buffalo barbeque before the three-way dances provided for all ages.
Federal Conservative leader John Diefenbaker was here to greet the paddlers, along with various provincial and civic dignitaries. The paddlers and , their canoes joined the parade f by horse-drawn wagons and camped in the town overnight before leaving this morning for Lloydminster.
Residents of ,Elk Point and district went all-out to greet the paddlers, with a variety of foods and refreshments and a first-rate fun-type atmosphere. The weather, while not the best, caused no problems.
The voyageurs were to paddle a six-hour journey to Lloydminster today on the last portion of the Alberta leg of the route. Upon reaching the border city, the winning team members were to receive authentic voyageur mukluks from The Journal, with City Editor William Newbigging making the presentation. Created by native Alberta craftsman, the' muk-luks were made specifically for this event for Team Products Ltd. in Edmonton.
Standings
Times cumulative in hours. minutes and seconds
as of the eighth leg of the Centennial Voyageur Canoe Pageant. 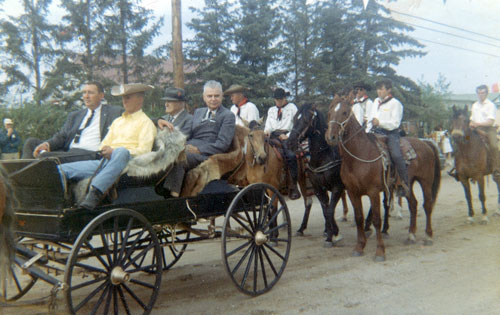 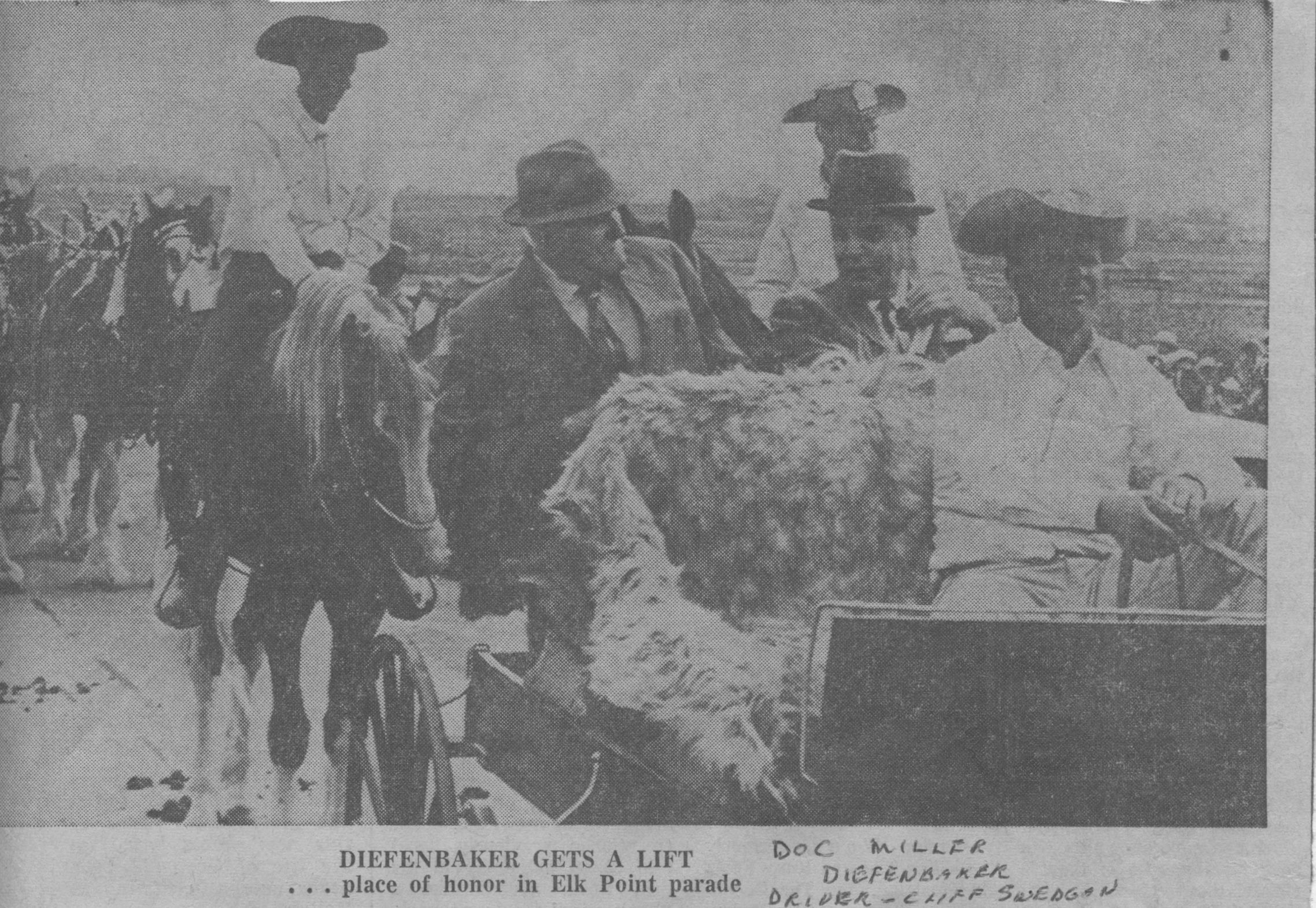 Press clipping
Thank you to Pat Sweigen to putting together this information.
You can find more pictures of this day by Dr KC Miller at our photo gallery.
Check out this video on Youtube by Carl Fakeley:
https://www.youtube.com/watch?v=O8o1aE5PU-I