President of the Metis Association of Alberta for thirty years, Joseph F. Dion passed away in the St. Louis Hospital, Bonnyville, on December 21, 1960.

Joseph Francis Dion was born on Onion Lake Indian Reserve in July of 1888. He spent most of his seventy-two years as a crusader and leader of the Metis, representing his people in government circles and ever striving to improve their standard of living, educational facilities and always having at heart their general welfare.

Mr. Dion for his outstanding contributions to the social and religious life of his people was awarded the Gold Medal "Benemerenti" by Pope Pius XII in 1957. This unique honor in the annals of Indian history was officially conferred on him by Bishop 0. Lussier, Bishop of St. Paul on the occasion of the annual pilgrimmage to Mount St. Joseph at Gurneyville, close to Mr. Dion's home.

Early in the year 1930, Mr. Dion formed the Metis Association and was elected president which post he held till his passing. In that same year he organized his famous band of Metis dancers who toured Eastern Canada and gave many performances.

Following his elementary schooling at St. Anthony's Indian Residential School in Onion Lake, Mr. Dion completed his grade nine by correspondence. In 1912 he married Elizabeth Cunningham of St. Albert, Alberta, whom he predeceased. 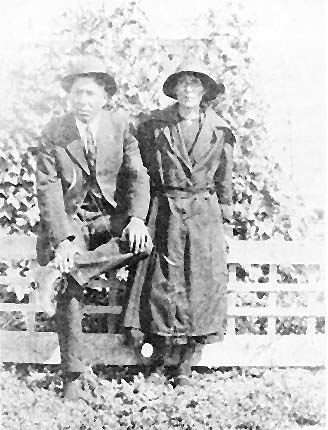 Three years after his marriage he opened the first school in the Kehewin Indian reserve where he taught for twenty-four years. Teaching was work which Mr. Dion particularly loved and bringing a glimmer of knowledge to Indian children was his most consoling work, interrupted only by his work for the adult population of his beloved Metis.

In later years Mr. Dion travelled a great deal between the many settlements of the province. He was a regular visitor to such places as Kikino, Fishing Lake, Wolf Lake, Elizabeth Colony and many others, where his work with the Metis Association was tireless and never ending. His people looked to him for guidance in their mode of life and were ever grateful to him for his good advice and encouragement.

Mr. Dion also wrote the History of the Cree Nation which was published weekly in the Bonnyville Tribune from 1958 until his death. His writing was always fluent and colorful. Each article brought to light events of the past, many of them known only to the Indians. Through his devoted work and his writings he will long be remembered as a great man.

President of the Metis Association For 30 Years

BONNYVILLE - A long time contributor to the columns of this newspaper, Jos. F. Dion passed away in the St. Louis Hospital here on the 21st of December. It is worthy of note that on the very same day of his passing his last article, "First Kissing Day among the Plains Indian" was published, along with his best wishes for the coming year to all the readers of his column.

His years of devotion came to an end on December 24th when three funeral services were held. On Christmas Eve many gathered to pay their last respects to a great leader of his people.

In St. Peter's Chapel close to his home at Long Lake, Rev. Father Morin officiated at the Reqiem mass. High Mass was sung in the St. Louis Church in Bonnyville with Rev. B. Martorella officiating. The body was then taken to the Gurneyville Church where many Metis and Indian mourners had gathered. After the last prayers he was buried in the Our Lady of Mercy cemetery, (Kehewin Reserve). Memento Funeral Home, Bonnyville, was in charge of arrangements.