The first students who lived in Elk Point travelled to school traveled to school 2 miles east and one mile south of Elk Point to a school at the Scott/Pinder corner. This school was built on skids so it could be move to the best location later.

Some teaching took place in Elk Point in the United Church and in the local hall until permission was recieved to build a new school in 1928. Then the schools behind the present town hall were built. 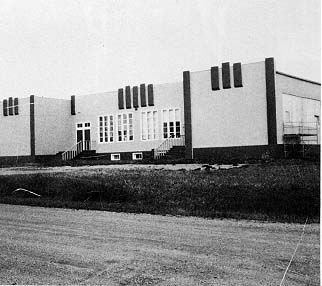