One of the first cattle buyers to operate north of the river was a Mr. Jack Compton.

He had a homestead near Mooswa, and he would travel from farm to farm, buying cattle, paying a small deposit down.

After buying up forty or fifty head, he would then hire a couple of cowboys to drive them to Vermilion to be loaded on rail cars and shipped to Winnipeg.

Crossing the cattle on the ferry was always quite a problem. Halfway across the river some would jump off and most always swim the wrong way; then you would have to go round them up and try again. There were always some new swear words to be heard on these cattle drives.

Mr. Bob Braithwaite of Dewberry also bought a lot of cattle in our district in the early twenties, sometimes up to two hundred at a time, crosssing the river at Lea Park to ship them out from Kitscoty.

When these cattle drives passed by your land, you would have to watch your own cattle-, or you might wind up having a cow or two less to milk that evening.

How many extra cattle these buyers had when they reached the railway will perhaps never be known, but I think that most cattle buyers were quite honest, and if a stray did appear they would return it. 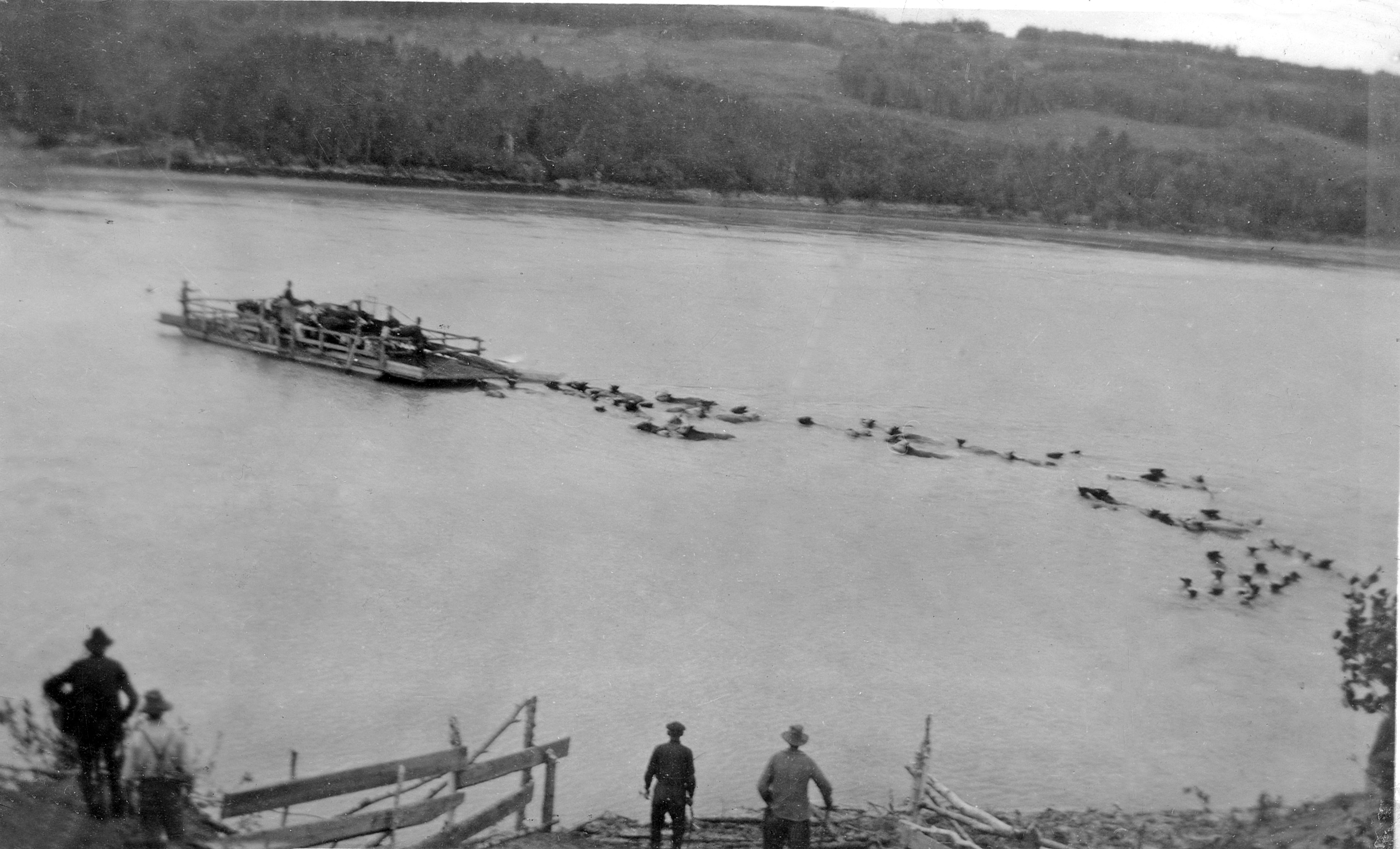 CD Smith crossing his herd at Hopkins, 1907, before the Elk Point ferry was installed. 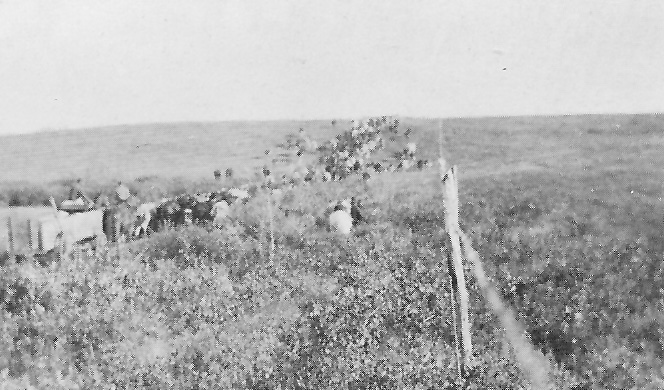 Moving the herd to the home range. C.D. Smith's cattle on the long walk north from Vermilion, 1907.

Before the railroad came to Elk Point, hogs were hauled to Vermilion and later to St. Paul.

Hauling to Vermilion was a two day trip with oxen, owners having to unload the hogs at the halfway stopping place, feed and water, load up early next morning and arrive at Vermilion late that evening. These people were our real pioneers.

When the railroad came to Elk Point in 1927, C.N.R. stock yards were built and buyers put in scales and bought hogs and cattle.

Tony Spence from St. Paul was one of the first buyers. Jim Millar worked for Mr. Spence.

The following have bought and shipped livestock from Elk Point for Canada Packer, Swift's, Burns, Gainer's and Alberta Livestock Co-op.

Over the years, highways were greatly improved and livestock is now trucked to Edmonton and auction marts. This forced the C.N.R. to discontinue rail service, also removing their stockyards.

Alberta Livestock Co-op moved their yards east of town and are the only buying station at this time, operated by Mr. Ronald Flanders.

We've moved from trail drives and railroads to trucks; what will be the next progress in transporting livestock from Elk Point? Perhaps airplanes from our local airstrip! Maybe the young generation will see this come true. 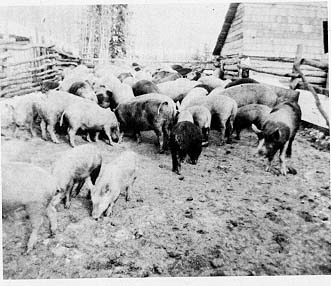