During the 1976-77 season we had sixty-four skaters in the club, four of them in the CFSA program, taking private lessons. We had a new pro-a young girl from Bonnyville, Wanda Ewonawich. She did a tremendous job and our skaters all advanced rapidly. Our carnival theme was "It's a Rainbow World". Groups of skaters in different coloured costumes performed to music. It was a very nice show with a full-house crowd. The Lion's Club sponsored the queen contest and supplied the clowns. Betty Melnyk was crowned carnival queen. Our annual skate-a-thon brought in just over $1,100.00, which was turned 9ver to the Agriculture Society.

1977-78 saw us with a larger registration-a total of eighty-eight skaters, with Wanda Ewonawich teaching again this year. The skate-a-thon was a real success, bringing in approximately $2,200.00. We have started working on our carnival to be held at the end of February. This year's show is called "Let's Dance!" and will have different dances from various countries. With the variety of costumes and music it should prove to be the best show yet, especially with such a large club. At this time I am pleased to say that each year our club is improving and prospering-and is anxiously awaiting the artificial ice. 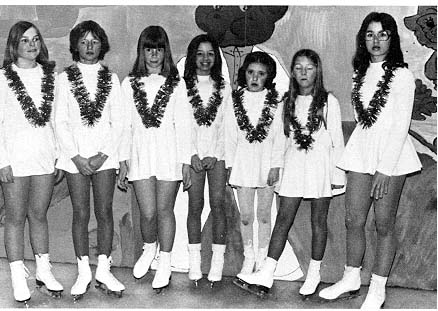 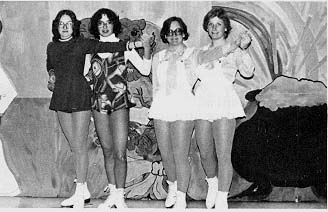