A suitable hall in which to hold meetings was a problem; however, for the most part, the Legion Hall was made available, which was deeply appreciated by the Lodge. This hall was really too small and it made the members realize the necessity of a suitable building, not only for their own use as a meeting place, but as a community hall where all kinds of meetings, social gatherings, banquets, weddings, etc., could be held.

At the third meeting of the Lodge, a motion was passed to start a building fund, and $50 was deposited in a Lodge Building Fund. From there on,many and varied projects were promoted by the Lodge members, and by the summer of 1966 the fund had built up to $3500, and a motion was passed to plunge ahead with a building. Loans were obtained and the first sod was turned by Mayor Habiak. The first dance was held in the far-from-completed hall on Ah-ti-yek Day, May 31, 1967, and was the Lodge's contribution to the Centennial Day Celebration.

A grand opening dance was held, along with a social hour and banquet, on October 31, 1967. In 1972 a maple floor was installed and the interior painted. The basement was completed in 1974.

On May 24, 1975, an event that will go down in history was held. The burning of the mortgage was celebrated in a very pleasant and colorful evening. A social hour, a banquet, a joint installation of officers of the Elks and the Royal Purple, and a dance made up an event that will long be remembered by members and friends of both Lodges. A life membership, in recognition of fifty years in Elkdom, was awarded to Bro. Ron Barwick, a charter member of Vermilion Lodge 1926. Since that time another life membership has been awarded; it went to Bro. Axle Iverson for outstanding contribution to the betterment of the Order.

The mortgage burning was performed following the 11 o'clock service, and was a very impressive ceremony. After the papers were burned in a special urn, the Exalted Ruler said, 'The ashes in this urn represent many hours of labour md much dedication by members of this Lodge in order to finalize this effort, and we dedicate this hall to the service of the community".

Mayor Habiak in his remarks expressed appreciation on )behalf of the people of Elk Point and district for the role of service to the community played by both Lodges, and for the fine hall which plays such a vital role in the social and business life of the entire community. He also made a personal donation to the hall. Now, after fourteen years, the two lodges can sit back and say, "It's all ours". It is a great monument to their efforts.

It must not be overlooked that, without beneficial tax settlements from the town of Elk Point, some private donars, and many hours of volunteer labour by members, completion would have been delayed many months. The Lodges' investment now stands in excess of $60,000.

The Alberta Elks Association is the largest in Canada. Its membership exceeds 18,000 in a total of 123 Lodges out of Canada's 340. It has contributed many thousands of dollars annually to the Save the Children Fund. In Canada there are five Elks Mobile Deaf Detection and Speech Therapy units on the road, one each in B.C., Manitoba, Saskatchewan, Nova Scotia, and Alberta. The cost of these clinics ranges from $70,000 to $100,000 each, plus the cost of travel, and staffing. Locally the Lodge sponsors the Elks Bantam hockey team, who were successful in last year's season in advancing to the finals in provincial play, losing in the final game to a bigger and more experienced club. The team is coached by Bro. Ed Pankiw, assisted by Bro. Del Smith. Support has been given to many youth clubs, and an honorarium is awarded annually to an outstanding student in school. The association holds an annual Christmas show with treats for children in the area. Assistance is promptly given to local fire victims. At its opening, the presentation of a fine 26- inch television set was made to the new Elk Point Hospital. With the hall paid for, the Elks are already contemplating new horizons" in the way of more and better services to members and people in the community.

It must also be remembered that the once famous Elk Point Junior Band & Majorettes was organized and financed by the Lodge. Three members -- Bros. Al McGill, Steve Ewoniak and Ron Barwick conceived the idea and in the fall of 1964 made the move. The Elks purchased much of the equipment and donated the use of the hall for all practices. Bro. Ron Barwick was bandmaster and managed to keep the group operating successfully for ten years.

In 1975 the Kehewin All Girl Marching Band came to the fore with a forty member group. Once again the Elks contributed greatly to their success by donating the hall for rehearsals. Bro. Ron Barwick is bandmaster.

The B.P.O. Elks and the Royal Purple will always be ready to work for and serve the community making it a better place in which to live. 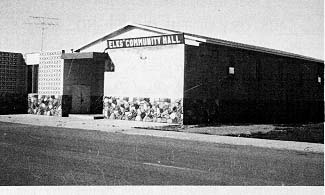 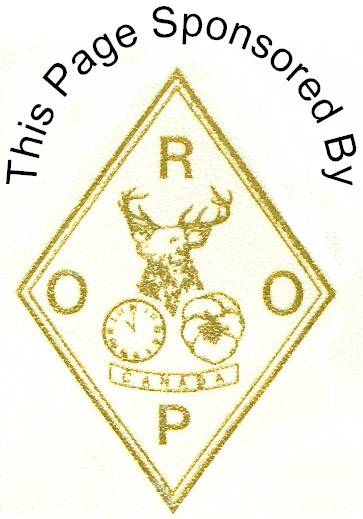