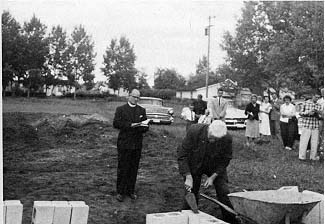 Dr. F.G. Miller laying the cornerstone of the United Church Christian Education Centre in 1957. Rev. Eskdale in the background

From 1956 to 1958 Rev. Ted Eskdale was our minister, also serving St. Paul. During his ministry the church hall was competed in 1957. During the summer of 1959 Don Burden served as student minister, after whom we were fortunate to secure the services of Rev. Carlton Miller, a young McGill graduate, who did excellent work in rebuilding our congregation. He lived in St. Paul but served Elk Point. He was the first to insist on our trying the sector plan which has proved to be such a help to the church.

In 1960 Rev. Ken Morris became our minister. He was deeply appreciated by this congregation and was greatly missed when he accepted the charge at Killam in 1962. 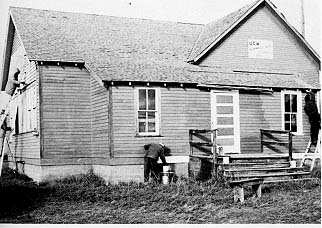 In 1957 the pressing need for more Sunday School room decided the congregation to build a church school hall. A commodious building was accordingly erected on a site secured on Second Street North. This was also used by the Women's Association for banquets, young people's work and during two years, for worship, as the congregation had completely outgrown the older building. In 1961 the two-room school building next to the hall was acquired to furnish extra Sunday School space. It was used until the fall of 1970 when the Sunday School moved into the church hall. The building was then used by the U.C.W. as a Rummage Store. On January 22, 1961, it was suggested that a new church be built. In the spring and early summer of 1962 a new sanctuary was built immediately east of the hall and connected to it. It was dedicated November 7, 1962. In 1962 Rev. David Edwards became our minister and served the Elk Point Pastoral Charge for seven years. He was active with young people and was Scout Master for some time. He married Dr Jan Maclean during his stay in Elk Point. She was a welcome addition to the medical staff at the hospital. 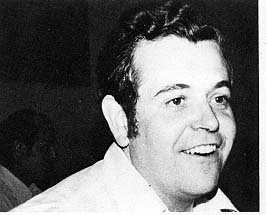 In 1969 Rev. Brian Hunter became our minister and served us for four years. His wife, Eileen, was a great help as she did all the church typing. Rev. Hunter had taken courses in counselling and was a comfort to the many folks in need of advice. Rev. Hunter was very interested in the young people of our community.

In 1973 Rev. Sidney Vincent came to Elk Point from Ocean Falls, B.C. He was active in the community. He taught ceramics for Further Education classes and substituted on various occasions at the high school. Mr. Vincent left after two years to take a call at Redwater. 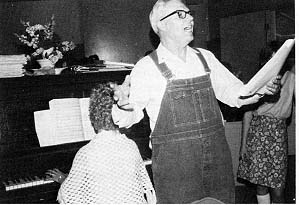 Rev. Sydney Vincent leading the singing at the 50th Anniversary celebration of the United Church 1975

In 1975 we welcomed Rev. Allan Miller and family to our congregation. His wife Lauretta is active in the Brownie movement and teaches piano to a number of youngsters of the community. Mr. Miller is concerned with social affairs and wishes to be of service, not only to members of the church, but also to the community as a whole. 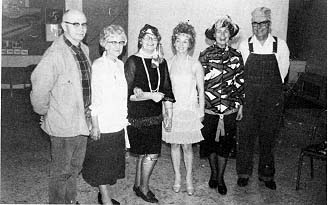 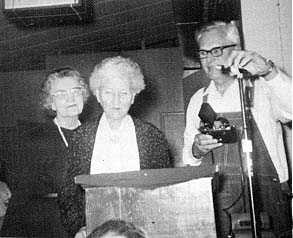