Miss Ella Pinder ran a millinery shop in 1928-29, in a little building where the theatre now stands. She had taken a course in millinery and was very adept with her fingers, so the hats she trimmed were both fetching and beautiful.

In the late 1930's a second-hand store was operated by Zenco Yacyna in a small building where Mitchell's Confectionery now stands.

In the early years of settlement most homesteaders had a cobblers outfit and did their own harness and shoe repairs. In the early twenties, Al Hawkes had the first shoe repair shop. He operated it only a short time, until moving to the United States.  After the railway arrived and the new townsite was surveyed in 1928, Dad Henderson started a shoe repair next to McDonald's Drug Store until 1933.  From 1936 until 1939, Stanley Yopyk had a shoe repair shop situated south of Imperial Lumber on Main Street.  In the late forties, Joe Boratynec had a shop where Elk Point Insurance is now located. In the year 1931, Dan Windiuk opened up a shoe and harness repair. He carried on business until 1974, when due to ill health he had to retire, having served the town and country for forty-three years. At this time, we do not have a shoe repair in our town. It is back to the homestead days: do it yourself or drive to Vermilion or St. Paul.

In his spare time while he was running the ferry, Ole Jacobson repaired watches in his little place down by the river. When he gave up the job as ferry operator, he moved the building into town, to the lot now occupied by Stella's Cafe, and opened a watch repair shop there. In the 1940's he bought the building formerly occupied by (Mrs.) Louise Eaton's beauty parlour, to use as a home and a watch repair shop. At one time he was assisted in the work by his grandson, Lloyd Bartling.

Mari Ann's Varieties, Gifts and Novelties was started in the early 60's by Mrs. John Zaparynuk, in part of the Windiuk Building. The business was moved into the front part of the old Ramsbottom Garage, when her son-inl-aw, Ed Gregoraschuk, bought the building in 1963. Ed ran a Wood working, Paint and Glass Shop in the back of the building until he obtained the Macleod franchise in 1964, and took over the Variety Store. 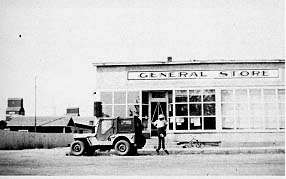 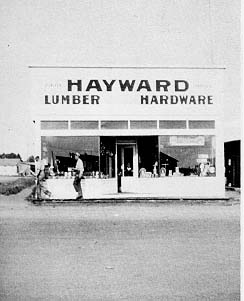 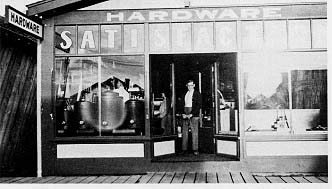 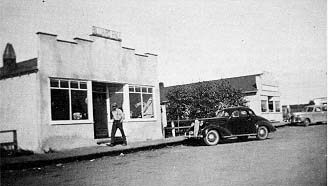 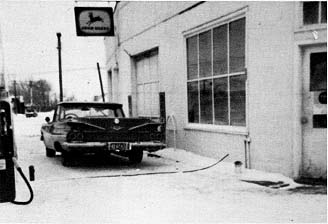