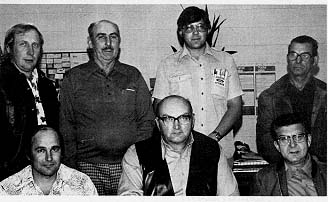 These elected members will be on council for the next three years.

During the fiscal year of 1977, there were a lot of changes to the town itself and to town staff. In June Lloyd Metz was hired as municipal administrator replacing (Mrs.) Velma Andrishak. Lloyd Metz was administrator from June till the end of December, 1977. He was then replaced by Albin Bugej.

During the time Lloyd Metz was municipal administrator there were a number of new undertakings implemented in the town. First was the numbering of streets and avenues in the town itself. This made a great improvement and will be a convenience to all, new residents and visitors especially. In the spring of '78 all houses and places of business will be allocated a number. Secondly, there were plans for a new sewage treatment plant for the town at a cost of approximately $730,000.00. The construction will take place early in 1978. Thirdly, the town purchased a new shop which will be used as Town Workshop and for storage.We had a very impressive construction boost in the town with permits broken down as follows:

1978 looks even more promising with the oil boom in the Cold Lake area. 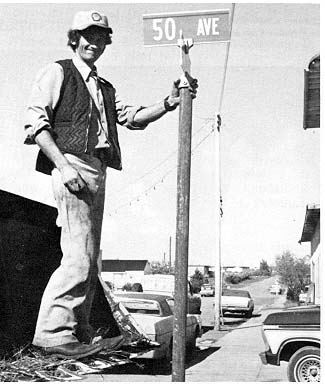 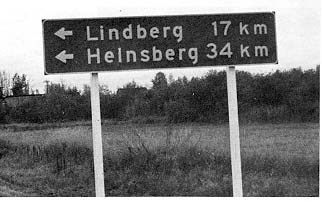 We hope at least the distance stipulated is correct Nothing else is! 'Lindbergh and Heinsburg'.