An educator with a highly specialized background, J. V. Jacobson also is an electronics expert. His home in Overbrook has a highly sophisticated inter communication system.

This writer interviewed Mr. Jacobson in his office in the Centennial Towers Building. He is chief of the education and professional services division of the department of Indian affairs and northern development. He has taught French and had had the distinction in 1963 of starting h e first full-time bilingual school in the civil service.

Joseph Vincent Jacobson was born in Lansing, Iowa, the son of Ole Jacobson, a jeweller, and Rose (Joyce) Jacobson. His mother was kin to writer James Joyce. He is of Irish-Norwegian stock. Mr. Jacobson was educated at the University of Alberta and the University of Syracuse. He was superintendent of education in the Northwest Territories 1951-60. He was the only superintendent for this vast northern area and travelled thousands of miles by bush plane. He recalls having been a passenger in 18 forced landings. One vivid reminiscence is his piloting a plane an hour without any previous experience. The pilot has stricken will illness and unable to continue his duties. Jacobson, never losing his cool, figured out the mechanics by trial and error. 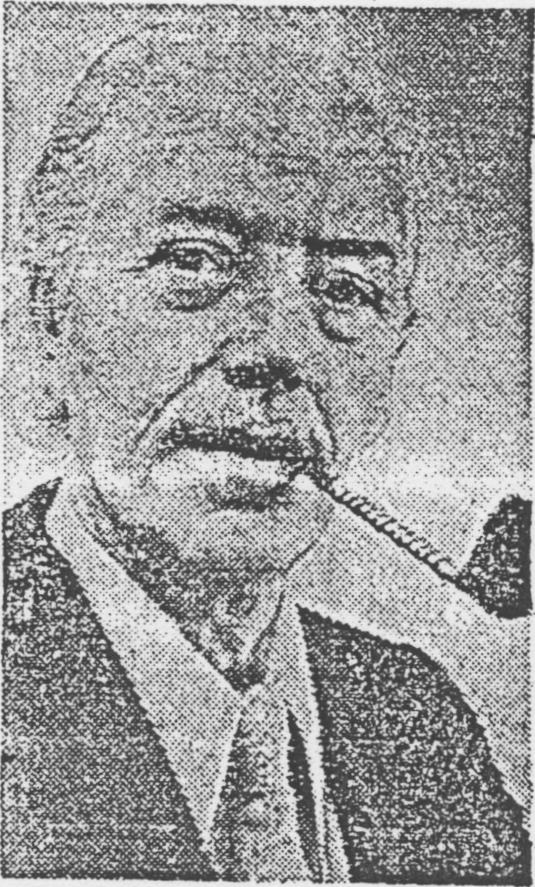 A former cubmaster and scoutmaster, Mr Jacobson has been boy scout commissioner for Alberta. Later he was field commissioner for the N.W.T. He at one time was a brigade superintendent of the St. John Ambulance Association and was active in chambers of commerce, b o a r d s of trade and little theatre groups  as well as the Red Cross, public library boards and home and school associations.  Mr. Jacobson in 1960 met President Eisenhower at the White House when he attended a conference on children and youth in Washington.

In his present capacity, Mr. Jacobson develops, recommends and co-ordinates broad educational policies. He also directs all administrative aspects of the educational program and acts as consultant on Indian and Eskimo education.

Mrs. Jacobson is the former Natalie (Dolly) Rattai. She shares many of her husband's hobbies. They have been host to many foreign students. Mr. Jacobson was master of ceremonies at a number of Chinese weddings.

The Jacobsons have two children. Ronald is consulting engineer with the Bectal Corp. with headquarters in San Francisco and Wendy is the wife of Gary Tysowkis. The Tysowkis are both students at the University of Alberta in Edmonton.